Skyward Sword Link & Corrin Player 2 Amiibo Listings Are Up On Amazon, No Pre-Orders Yet

The latest news in the world of video games at Attack of the Fanboy
April 16th, 2017 by Dean James 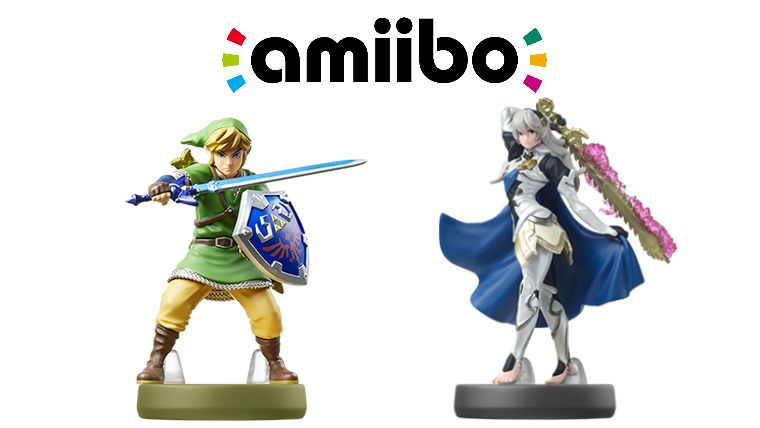 Those that may have thought they were finally done with amiibo were tested greatly after the reveals during this past week’s Nintendo Direct. With 13 new amiibo announced, six of them are going to be retailer exclusives and while only two are confirmed and two others rumored, we have a pretty good idea who has the remaining two.

During that Direct, it was announced that the three remaining Super Smash Bros. characters would not only be getting their regular amiibo, but also Player 2 variants. On top of that, we also got three new Legend of Zelda 30th anniversary amiibo, with those and the Player 2 versions being retailer exclusives.

We’re still waiting on confirmation for which retailers have those besides GameStop’s Twilight Princess Link and Cloud Player 2, though we told you yesterday that Majora’s Mask Link and Bayonetta Player 2 have been rumored at Best Buy. However, another retailer has listings for the two remaining.

That retailer is Amazon, who has listings for both Skyward Sword Link and Corrin Player 2 from Nintendo. These are not just third party listings, but appear to be placeholders, just like there already are for the other non-exclusives that they do not have up for pre-order yet.

The only weird thing is that while Skyward Sword Link has the correct picture, Corrin Player 2 has the picture for Cloud Player 2, which is a GameStop exclusive. Amazon has been known to have incorrect images in the past though, so this really doesn’t call any question to the legitimacy of the listing.

It’s really hard to predict when we’ll see these amiibo actually go up for pre-order, as well as the other amiibo that were recently announced. Amazon in the past has announced in advance times for certain amiibo to go up, such as with their exclusive Palutena. At the same time, they have also just put amiibo up for pre-order at completely random times as well, so I would definitely keep an eye out in the coming days and weeks.

Home / Nintendo / Skyward Sword Link & Corrin Player 2 Amiibo Listings Are Up On Amazon, No Pre-Orders Yet