The latest news in the world of video games at Attack of the Fanboy
Updated June 27th, 2018, by Kyle Hanson 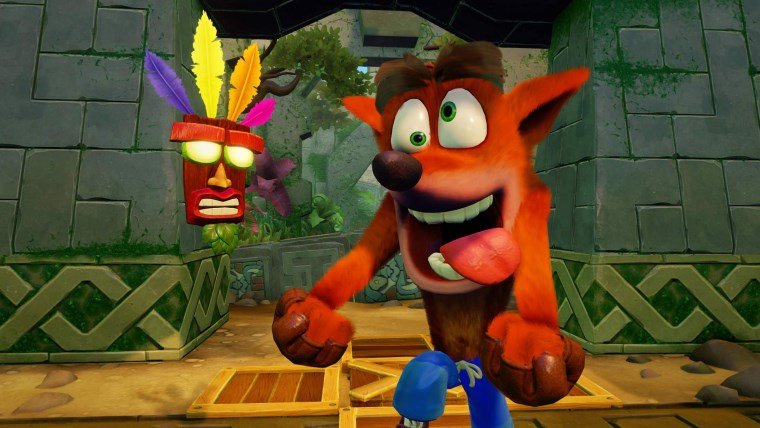 This generation of consoles has been jam packed with remakes, remasters, and re-releases. Something about those older games calls to us, and begs to be played once more. Of course, we require better visuals than the older consoles could deliver, so developers have to juice things up a bit. But how far they go can be the difference between a new look at an old favorite, or a reminder of why older games are often left on the shelf. Crash Bandicoot N. Sane Trilogy is the sort of remake that goes further than most, combining three fantastic platformers while upgrading them in huge and often unexpected ways. Of course, these are still decades old titles, so is the coat of paint enough or are we in for another nostalgia tainted disappointment?

The most apparent thing when you first boot up Crash Bandicoot N. Sane Trilogy is that the team put a ton of work into making this game look great. It’s simply gorgeous at times with high quality textures, fantastic hair effects, and some nice artistic touches that add to the experience, without detracting from the nostalgic feelings that a remake like this relies on. This is no mere up-res, and it’s not even just a texture and resolution upgrade. The team at Vicarious Visions went in and rebuilt this game from the ground up for PS4 and it shows quite clearly.

Where the remake hasn’t changed things is the gameplay, which is exactly how Crash Bandicoot fans would like it. While there was much talk of how the original files for the PS1 titles were lost and the team had to craft everything from scratch, it definitely feels like they nailed the physics, controls, and general gameplay vibe of the original Crash games. Crash’s jump likely took ages to get down exactly, and while I haven’t played the PS1 games in a long time, they seem to have recreated it perfectly.

I did run into a few instances where the game’s physics or object interaction didn’t make a ton of sense, but this could very well be a remnant of the originals that I’m not remembering. Should these small missteps have been patched up? Sure, but they don’t impact the feeling of Crash Bandicoot overall. 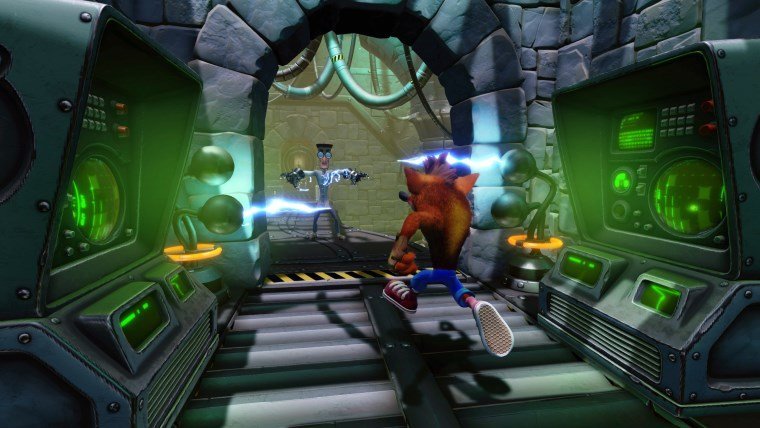 Levels were also carried over without much, if any fiddling with. The team simply upgraded the visuals, added in some visual flair where it was necessary and allowed, then let the players enjoy these maps with their original geometry in-tact. All the classics are here and you’ll love running or piloting some crazy vehicle through them just as much as you did back in the 90’s. They might not feature more modern twists on platforming, but few who buy this game will be disappointed by that.

Crash Bandicoot N. Sane Trilogy is a textbook example of an amazing remake

Some things were added or changed, including a few features that were pioneered in Crash 2 and 3 being retroactively put into the first game. One of the nice additions is being able to play as Coco, Crash’s younger sister. She doesn’t bring any new abilities or movement mechanics to the experience, but this small cosmetic shift does offer something fun for longtime fans wanting something fresh. 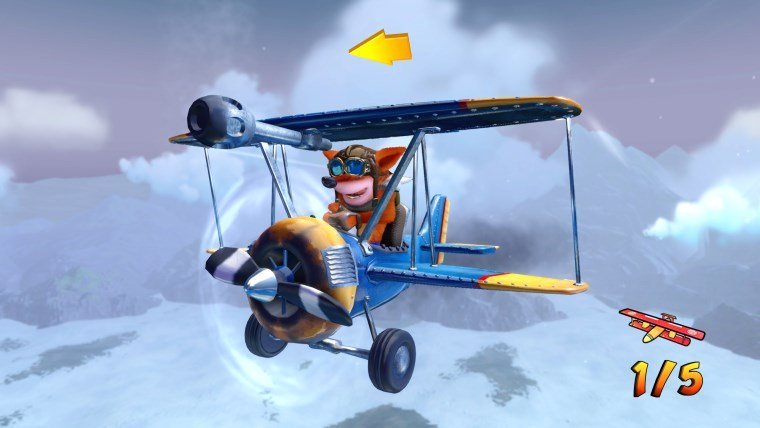 Now, one thing that is a bit disappointing is that there wasn’t a greater focus put on framerate. Twitch action games like Crash Bandicoot greatly benefit from 60fps, so it’s unfortunate that they stuck with 30fps across the board, even on PS4 Pro. Of course, the PS1 games also ran at 30fps, so it might have been intended as another callback and an attempt to not fix what wasn’t broken. Still, with the power of the PS4 at their fingertips it feels like dialing back the graphics a bit to allow for 60fps would have given these games a huge visual and responsiveness punch.

So, besides some minor quibbles, Crash Bandicoot N. Sane Trilogy seems to be all positive so far. But here’s where things get serious, especially if you aren’t coming at this remake as a huge fan of the originals. These games are tough, and they use design elements and gameplay mechanics that have sometimes been abandoned, often for good reason. Single hit deaths, trial and error gameplay, pixel perfect jump requirements. All of these things sound great if you are wanting to experience them again, but if you aren’t looking for a strong hit of nostalgia it’s important to know what you are getting here.

These games have been upgraded, but those upgrades were focused in specific places that didn’t impact the overall feel of the game. What you get are great looking platformers that still play just like they did on the PS1. This is what the developers promised for this set, and it’s exactly what they delivered. However, even if you think you’re ready to experience these games again there will come a time where you get at least a little frustrated with them, as they simply have some elements that cause anger every once in a while.

Crash Bandicoot N. Sane Trilogy is a textbook example of an amazing remake. Taking three all time classics and mashing them together into a single package is great, upgrading the visuals is fantastic, and adding in a few subtle touches without impacting the game itself is the cherry on top. Players still need to keep in mind that these are PS1 platformers, with all of the gameplay limitations and design choices that that entails. Once you get past those rougher edges though this becomes an excellent tribute to one of gaming’s most iconic characters.

How to Evolve Pichu into Pikachu in Pokemon Scarlet and Violet
Posting....