The latest news in the world of video games at Attack of the Fanboy
Updated March 8th, 2018, by AOTF Staff 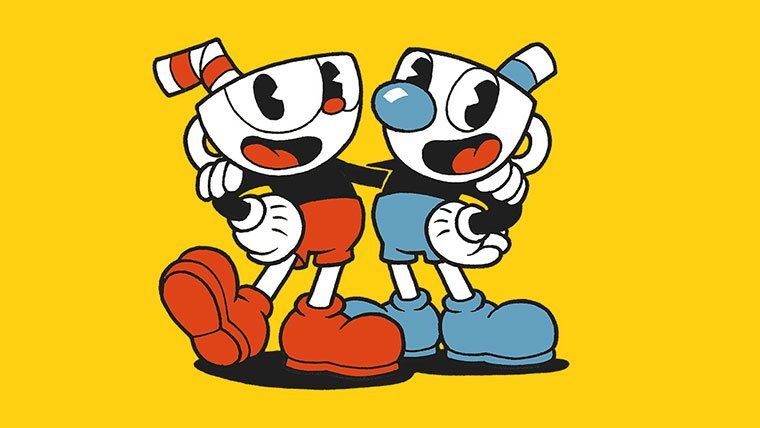 Cuphead is a run and gun platformer with a visual design that takes us back to the days of Technicolor.   The game looks the part of the Looney Tunes and Disney cartoons it draws inspiration from.  This artistic choice is what generated quite a buzz about Studio MDHR’s debut release. Though make no mistake about it, Cuphead isn’t your run-of-the mill platformer or run and gun title.  Inside this beautiful exterior is a dark and difficult game that will test the mettle of even the most experienced players in the genre.

After wandering a little too far away from home, brothers Cuphead and Mugman ended up in the seedy part of the Inkwell Isle.  Entering the Devil’s Casino, the brothers found themselves at the craps table on a winning streak.  The Devil himself offers the two a deal that they can’t refuse.  Win one more roll and they’ll get all of the cash, lose and they lose their souls.  Of course the two lose this game, but strike a bargain to work as debt collectors for the Devil.  This new employ has them venturing through the Inkwell Isle to collect the Devil’s due.  After a visit with their paternal figure, the boys are bestowed with powers to take on the debtors of the land, and in turn try to free themselves.  It’s a premise that is unexpected from a game that looks the way Cuphead does.  It feels a little dark in spots, a contrast to its cartoon exterior.

Story is not a huge part of the game however. Cuphead is designed with an overworld map that features numerous landmarks that can contain a few different types of levels.  Some are just boss fights, some are run and gun platforming, and there are some NPCs scattered around the world to give it some flavor.  MDHR does draw from some of the very best in terms of their design and progression in Cuphead.  You’ll be collecting coins in the world to turn them in for power-ups.  You can equip multiple primary weapons, a variety of buffs or abilities, and a super power that charges as you play.

You’ll need it all to progress in Cuphead.  This game can be an incredibly frustrating experience and it’s important that people know what they’re getting into here with this game.  Even on the mode which MDHR deems “Simple” you can still have a tough time as each level pushes you to the limits of your pattern recognization abilities and dexterity.  The feeling that I got from the game is the same one that I got from the early Souls games as you really have to learn the patterns and different forms that each enemy or stage can take on.  That said, there’s a lot of trial and error in Cuphead.  The visual design is so staggering at times that it can break your concentration completely. You’ll find yourself just trying to take it all in and you’ll need to because there are visual cues everywhere that you’ll need to identify to progress. Without checkpoints, Cuphead can be downright frustrating at times, but for those that are up for the challenge it offers the same sort of payoff that difficult games of this nature can deliver.  It’s chocked full of “Ah-Ha” moments, and finally winning that battle that you’ve taken so much time to master is as much of a relief as it is a triumph.

Enemies and environmental hazards are everywhere in Cuphead and you’ll need to really get a firm grip on the game’s controls for success.  While it’s not quite a Mega Man-type title in that different weapons will allow for easier progression, trying different ones for different battles can certainly make things a little less strenuous.  The game’s parry system is probably the hardest thing to master, but plays a major role throughout the game.  Anything colored in pink in Cuphead can be parried, which allows for a little boost to your super power meter if successful.  Other than that, you’ll be shooting your way around the three main regions of the game.  While there are some themes here for each world, there’s a wide variety of environments within the levels themselves.  I don’t think MDHR reused any assets in terms of enemy types for different levels.  Each one feels like a handcrafted, finely tuned, piece of playable art that is designed to put you to test in some of the most creative settings we’ve seen in this genre.  You’ll encounter genies, giant robots, the devil himself if you can make it that far. It’s all accompanied by an incredible orchestral soundtrack that really rounds out the presentation aspects of Cuphead.  If impressive visuals are what you’re after, you’ll most certainly enjoy Cuphead.

You will have to get over that difficulty hurdle though.  There is a simple mode that allows for a little less taxing experience, but it’s still no cake walk.  You can bring a friend along to play as Cuphead’s brother in local cooperative play.  On the flip side, if you’re looking for even more challenge, completing the game will unlock an even more difficult “Expert” mode that is absolutely ridiculous in its challenge.  But it does extend the life of the game if mastery is what you’re enjoying in Cuphead.  The three overworld maps will give you new options once you’ve completed the game.  I’d say that on the Simple Mode, players can get through Cuphead in around 6-7 hours.  Regular Mode can definitely be a bit more of a challenge where levels or bosses can cause many, many retry attempts. We did not complete all levels on Expert Mode so it’s hard to say just how long this could take to complete every level at that difficulty setting.

Getting back to the inability to really take in the impressive visuals of this game due to the hectic nature of it, it would’ve been nice to see some sort of collectibles or unlockables for the game in terms of concept art or other rewards for your achievements.  As it stands, the reward is completion (and the new difficulty mode).  Perhaps there are some secrets in this game that I’ve yet to uncover, but after spending around 25 hours with the game and playing through both the simple and regular modes, I haven’t found them.  NPC dialogue suggests that there may be, but the big payoff for the game is in story resolution.

When you dig even deeper into Cuphead’s development and the small team that created such an incredible game it’s quite amazing what’s been made here.  This is a game that falls far outside the spectrum of what to expect in terms of visual style and the themes presented within. The artists and animators, those working on the dastardly enemy AI or scripting, the musicians that contributed to this game should all take a bow.  The wait was long and now it’s easy to see why, but Cuphead is most certainly a must play title in a year full of must play games.

If you’re up for a challenge and a feast for the eyes and ears, Cuphead should not be overlooked.