The latest news in the world of video games at Attack of the Fanboy
September 18th, 2017 by Kyle Hanson 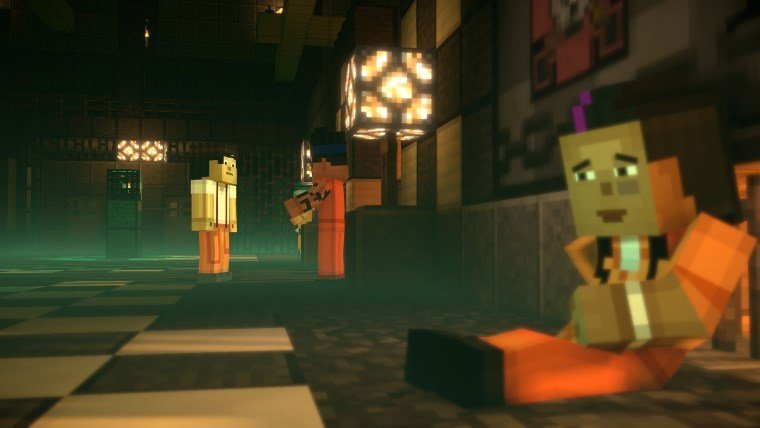 The first two episodes of Minecraft: Story Mode Season 2 have not been very promising. The series seems to have deviated from Telltale’s usual quality, delivering some decent fun, but lacking the drama and effective comedy that has been the developer’s staple for years. Yet, every Telltale series has faltered at times, and it’s usually not until the midpoint of the series where we figure out if it’s worthwhile. Minecraft: Story Mode Season 2 – Episode 3 “Jailhouse Block” may not be a complete turning point, but it marks a significant improvement over its predecessors and makes me excited for what’s to come.

Minecraft: Story Mode Season 2 – Episode 3 “Jailhouse Block”, as the name implies, is all about breaking out of jail. Jesse has angered the Admin enough that he has sent him away to the Sunshine Institute, a bedrock and obsidian covered prison from which there is supposedly no escape. That’s not stopping Jesse and his friends though, and they quickly set about formulating an escape plan. This will involve a lot of thinking, planning, talking, and sometimes some fighting, offering up a nice set of the usual fun featured in this series. 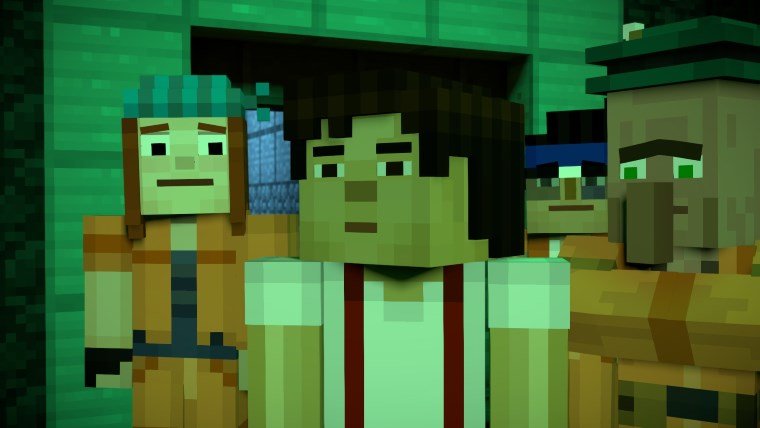 It’s hard to pinpoint exactly what makes Minecraft: Story Mode Season 2 – Episode 3 work better than the first two episodes (see their reviews here and here). The writing just works better, and the adventure works well as a self contained episode. Jesse is locked away at the beginning, you go through some adventures along the way, and by the end you’re setting off for the next episode with renewed challenges and slightly better odds.

There are still times where this episode shows the overall lack of quality control we’ve seen from this series. There’s a lot of NPC’s milling about that you can’t even talk to for a second. Conversations are kept mostly pretty short and to the point, and the dialogue as a whole isn’t all that interesting. A lot of this is made up for by the fun had in this classic jailbreak scenario, which has its fun Minecraft twists placed on top to really hammer it home.

There were also a fair amount of tough choices to make here, deciding which plan worked best, and which characters could be trusted. Some of these didn’t have much satisfaction in their payoff, but that all depends on the choices made by the player, so some will have more fun than others. Many of these choices are also carrying forward into the next two episodes, so it will be interesting to see how they all payoff at the end of the series. 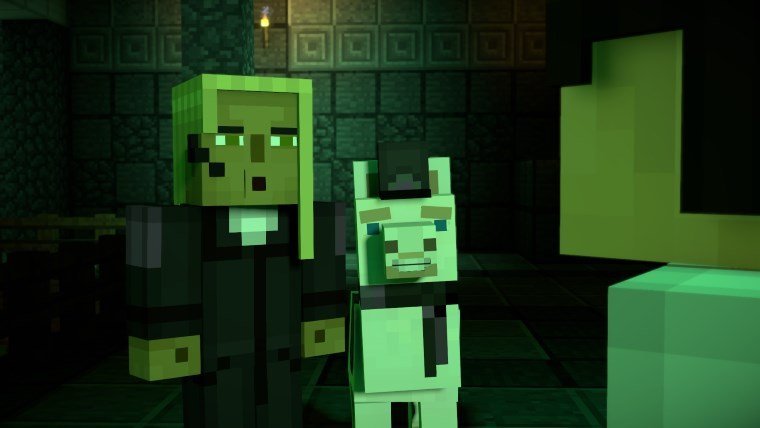 Overall the writing and gameplay were on point for Minecraft: Story Mode Season 2 – Episode 3, though there’s nothing new here for those who might have found this series lacking at its core. Don’t expect anything fresh or unique, but Telltale seems to have refined things a bit, while also somewhat dodging the distracting breaks from logic. There were only a few times when characters could have built or punched their way out of a scenario here, if Minecraft rules actually govern this universe. Unfortunately one of the bigger choices played into this flaw, with any Minecraft veteran being able to offer a better solution than what was presented, but that’s par for the course on this series.

Something else that stuck out this episode was how well the audio and visual presentations worked. This is a Telltale game, so few expect AAA graphics, but matching the traditional Minecraft art style has worked well, and the environment and character designs really shined in this entry. Likewise the music was a pleasure to listen to, and it won’t be surprising to see players looking up and listening to some of these tunes once the series is over.

Where the series goes from here is the big question. The Admin is obviously a formidable foe, but it does feel like Telltale may have fallen into the trap of overpowering their antagonist. There’s a lot of times where The Admin’s actions don’t make a ton of sense, unless there’s more going on underneath the surface. He is essentially a god in this world, able to create, destroy, and manipulate anything he wants. Perhaps we’ll get more about his motivation in future installments, but for now he seems to just pop up when some chaos is necessary to further the plot. 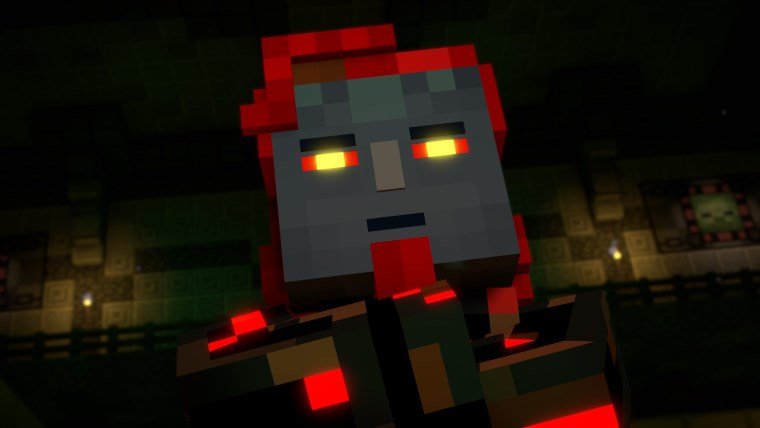 I also wonder how any future seasons will deal with this, as presenting another enemy that feels on the same level as The Admin will be a tough challenge. This isn’t a criticism, especially of this particular episode, but it’s something that was running through my head as this installment was wrapping up. If there is a Minecraft: Story Mode Season 3, Telltale may find that they’ve painted themselves into a corner, as they’ve hit pretty close to peak power level for their main enemy in just this second season. Hopefully they’ve already got a plan and I’m just overthinking things.

Minecraft: Story Mode Season 2 – Episode 3 “Jailhouse Block” does as good a job as could be expected in righting this season’s wrongs. It’s not the best episode Telltale’s ever delivered, even for this series, but it is the best of the season and gives hope that the last two episodes will also be enjoyable. A tightly controlled and intriguing story mix with some of the best action sequences of the season to create a real turning point for the series. If Telltale can keep it up we’re in for a real treat by the end of Minecraft: Story Mode Season 2.

Worst Call of Duty Games of All Time, Ranked

Is Nemesis Worth Rolling for in Tower of Fantasy?

What Episode of One Piece Does Ace Die? Ace Death, Explained
Posting....