Nights Of Azure 2: Bride Of The New Moon Review

The latest news in the world of video games at Attack of the Fanboy
October 24th, 2017 by Jelani James 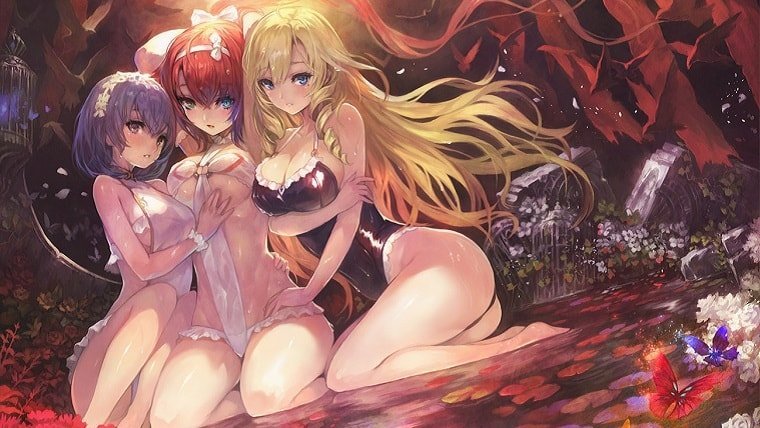 Once again, it’s time to venture into the night in a desperate bid to reject fate.

Back in 2015 when Gust announced it was developing an action RPG called Nights of Azure, I was admittedly a bit skeptical. The developer is renowned for making turn-based RPGs (namely the Atelier series) and due to that lack of experience, I believed it simply lacked the chops to create a game within a genre that requires a certain je ne sais quoi to pull off well.

Though it ultimately didn’t hit all the right notes, Gust still did a pretty good job and I felt it could do an even better job if it could build off of what NoA started. Now, two years later with the release of Nights of Azure 2, Gust has a chance to show it learned from it’s past mistakes and prove that it’s not a one-trick pony. 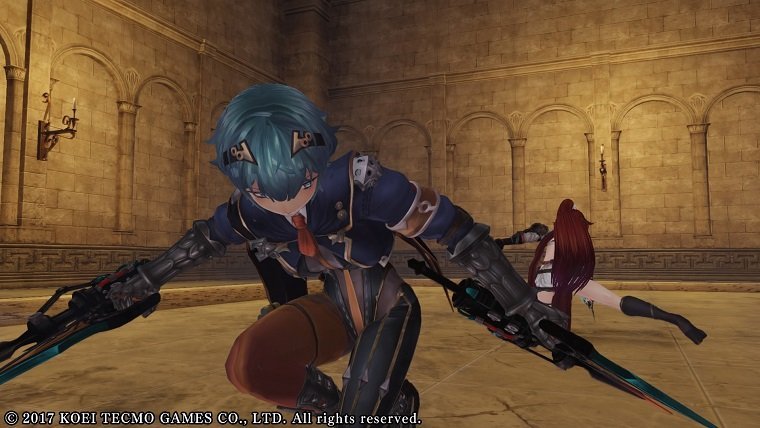 Before I go any further, I need to address the elephant in the room: Nights of Azure 2’s alleged risqué nature. If you’ve seen any promotional material for this title, then you’ve probably come across artwork featuring the three main characters in swimsuits and have drawn your conclusion about the type of this game would be. Recently, Nintendo inadvertently made things worse when reports surfaced that it was looking for more mature games to bolster the Switch’s library, prompting certain outlets to cite Nights of Azure 2 as an example of that push.

Here’s the bottom-line: Nights of Azure 2 does have some mature themes but they aren’t risqué in nature. Yuri is a central theme here, but the game depicts it in a genuine, non-graphic manner that comes across as cute or sweet most of the time. Additionally, though there is blood and violence, it pales in comparison to other titles that have already appeared on other Nintendo consoles. Lastly, the fanservice (such as the aforementioned swimsuits) is sparse and almost feels tacked on at times.

If you’re coming into this expecting to find a juvenile imagining of a gory, lesbian-filled hack ‘n’ slash, then you’re going to leave severely disappointed. Nights of Azure 2 is a fully-realized action RPG through and through. 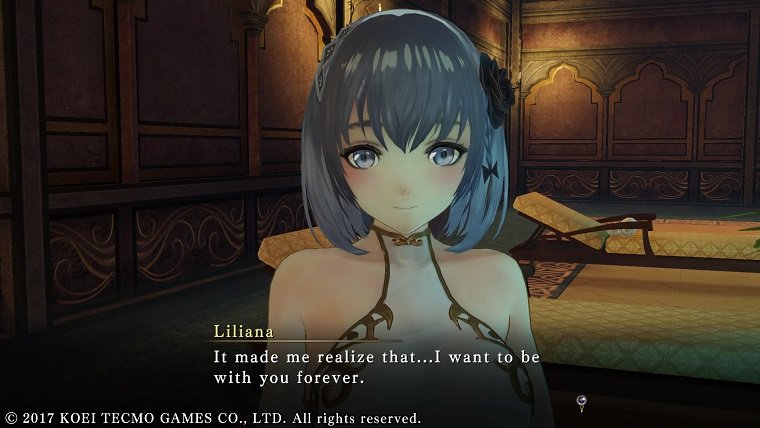 With that out of the way, let’s get back to the actual review.

Nights of Azure 2 takes place sometime after the conclusion of its predecessor and tells pretty much the same story but with a new cast of characters.

Following the Lord of Night’s defeat, a new threat known as the Moon Queen suddenly arrived to take her place. Just like before, the church has assigned a holy knight/priestess pair, Aluche and Liliana, in order to combat said threat. The key to defeating the Moon Queen is to sacrifice Liliana and Aluche is ordered to escort her to the queen’s location. However, after a string of events, Aluche defies those orders and opts to defeat the Moon Queen through conventional means in a bid to save her dear friend.

It isn’t just the story that mirrors the original, the core gameplay does as well.

Like Arnice before her, Aluche has to travel throughout a variety of fiend-infested areas such as an academy, research lab, and forest on her quest to defeat the Moon Queen. Each of these locations are well-designed and offers a fair amount of exploration this time around due to their size and the presence of obstacles that require certain Servans (various recruitable fiends) to bypass. None of them are mandatory for story progression, but they do conceal shortcuts and various other goodies — such as accessories and new Servans — that make having the appropriate ones with you desirable at all times. 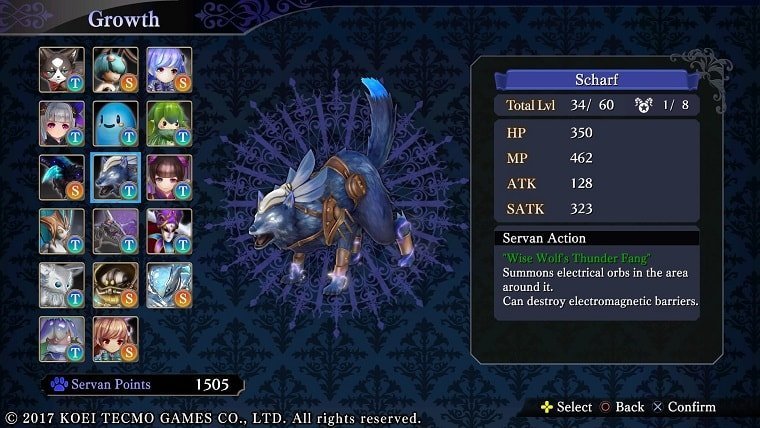 The combat is also the same as before, featuring the same strengths and weakness of any standard action RPG from a mechanical standpoint — fast-paced, but somewhat repetitive. However, while the combat is the same mechanically, its dynamics have changed considerably. Unlike the first entry where Arnice felt like a support character that left her Servans to do the heavy lifting, this game allows Aluche to feel like a powerhouse thanks to a few changes and adjustments.

First off, Servans have a reduced role in combat. Only two can be with you at once and they’re generally weaker since not only can they not use equipment, but the points needed to upgrade them are earned from quests and they can only be applied to one stat at a time. Additionally, Servan Bursts are gone so they’re incapable of dealing as much burst damage as they could before.

Second, this entry has introduced Partner characters, otherwise known as Lilies, who can aid Aluche greatly in battle once various conditions are met. Outside of their regular attacks, each possess two combination attacks with Aluche, Double Chase and Lily Burst, Active Skills which Aluche can trigger whenever they’re available and Special Skills which the Lily will trigger automatically depending on the situation.

Each Lily is different and they all have unique roles in combat. For example, Ruenheid is a melee support character who can not only deal heavy damage with her greatsword, but will also boost Aluche’s defense when instructed and heal her when her health gets too low; while Veruschka is a purely offensive character who can hit hard, use stealth to confuse her opponents and even instantly defeat most enemies from time-to-time. 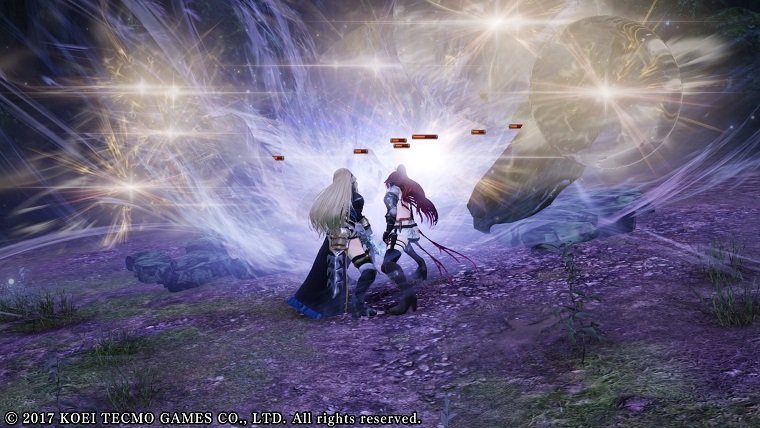 In addition to lending their aid in battle, each Lily has a side story where players can learn more about their histories and relationship with Aluche. These stories develop in episodes following the completion of Lily Quests which unlock as Aluche’s bond with a Lily grows. Seeing these stories play out is easily one of the best parts about this game. Ruenheid comes off as a prideful character initially, but she’s actually easily flustered and cares immensely for Aluche; while Camilla seems emotionally detached at first, but is actually haunted by her past decisions and constantly grapples with how to make amends with those she feels she’s wronged.

If you don’t care about such narratives, then you’ll be happy to know that none of them are necessary to beat the game. That said, completing them is the only to unlock new skills for the corresponding Lily and obtain the true ending, so there is still quite a bit of merit in taking the time to do them.

However, if you plan to see the true ending then you’re going to have to stick to a tight schedule because the game is timed. Similar to titles which require careful timing and execution such as Persona, Record of Agarest War or Gust’s own Atelier series, you’ll need to plan everything out if you want to see the story through to the end on your first playthrough. 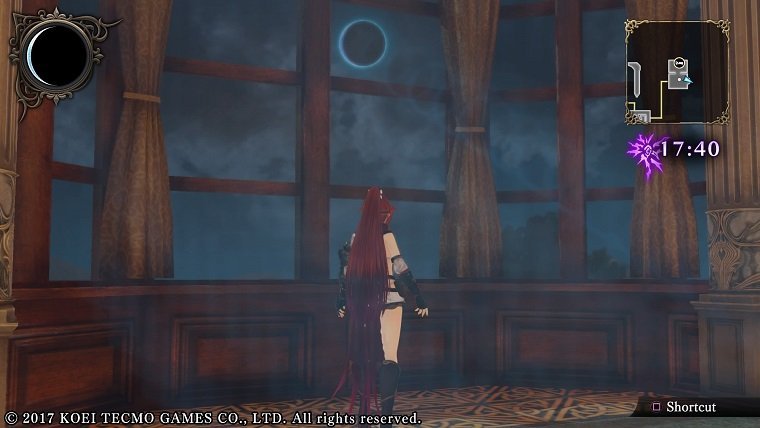 Nights of Azure 2’s story progresses on a day-by-day basis and each one is signified by the current phase of the moon. Overall, the objective is to complete each chapter by defeating a massive demon before all the days expire and the moon enters its new moon phase. This seems simple enough at first, but here’s where things get tricky: you’re timed (starts at ten minutes) regardless of whether you’re doing a Main Story Quest, chapter-exclusive Sub-quest or Lily Quest. Time progresses even if you’re doing a quests in a zone outside the one that main story quest is located in and you sometimes will be unable to complete all the quests located in a single zone within one day.

Fortunately, Aluche can use the blood from fallen enemies to strengthen herself and reduce the time needed to complete various tasks. These upgrades range from increasing the damage she can deal with specific weapons to increasing her overall damage when under a certain percentage of health, but the most notable of these are ones which extend the time Aluche is able to remain outside once she leaves her base of operations, Hotel Eterna. They don’t add much time overall, but considering that time doesn’t ever stop unless the game is paused or Aluche is in the hotel (a future patch should make this true for boss fights too), every second helps. But these time extensions aren’t as useful as the game would have you believe. While it is true that they offer more time to complete various quests, you aren’t allowed to switch from one zone to another, so any time you have left over is essentially wasted. What’s more, returning to the hotel isn’t an option since Aluche is unable to leave again once she does.

I came into Nights of Azure 2 expecting to hate the time limit stipulation, but after playing through, I think the game — especially the tone — was made considerably better for having it in place. You aren’t just told you’re strapped for time, you’re desperately racing against it. Battles are more tense due to the need to finish them quickly and there’s always a sense of urgency when exploring new areas since you’ll have to start from scratch the next day if you fail to find a checkpoint before Aluche is forced to return to the hotel. 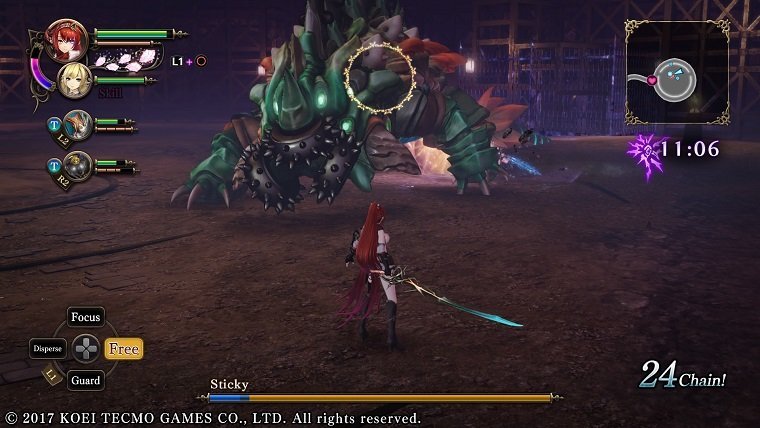 However, as much as I liked what time restrictions did for the game overall, they did result in Gust making some frustrating design choices in other areas of the game.

For example, Servan Decks are gone now, which makes sense if you consider that it prevents you from easily completing every quest and collecting everything in a zone in a single day. However, this means that your ability to experiment is now greatly reduced.  Some Servans can transform into a weapon (six in total), each with its own strengths, weaknesses and movesets; but the game doesn’t offer too many opportunities to use them since you’ll mostly likely be using Servans who can clear obstacles or access shortcuts to save time.

Similarly, there’s no Arena. Again, this makes sense if you consider that it prevents you from leveling up without any risk, but its absence means players have no means to spend any excess time they might have upon returning to the hotel. All Gust had to do was make it so that time flows normally in the Arena and not only would it allow players to use up excess time, but it would allow those who want more chances to experiment with the game’s combat a chance at doing so without using up a day (so long as all your time doesn’t expire inside). 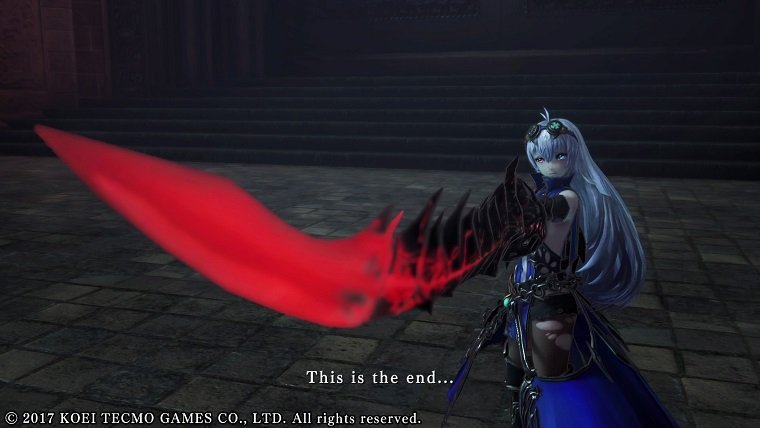 Nights of Azure 2 is Gust’s second stab at making an action RPG and while it has shown that it has learned from its past mistakes, I sometimes felt like it exchanged some of its old problems for new ones. The game doesn’t feel as repetitive as the first one thanks to the wide variety of options it offers, but its designed in a manner that prevents you from experiencing them. As such, NoA2 feels less like a definitive step-up and more like a sidegrade. In fact, if it wasn’t for the time restriction and Lily System then I would be perfectly comfortable giving this game the same score as the first.

That said, Nights of Azure 2 still has a lot going for it. If you’re a fan of the first game or Japanese-style action RPGs in general, then this is a game you’ll certainly enjoy.

Attack of the Fanboy / GAME REVIEWS / Nights Of Azure 2: Bride Of The New Moon Review