The latest news in the world of video games at Attack of the Fanboy
Updated March 8th, 2018, by Matthew Jaques 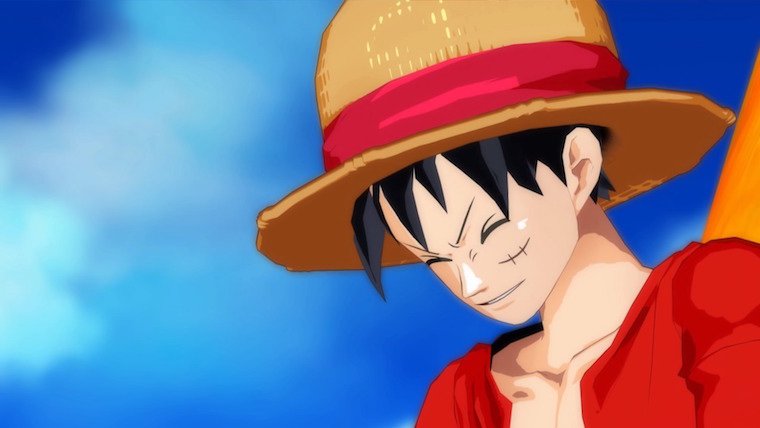 For the uninitiated, One Piece Unlimited World Red Deluxe Edition is an enhanced port of the PS3 version of the game, which was originally released on the Wii U, and the 3DS beforehand. It has no English dub, but subtitles pop up at a decent pace during cinematics, and you control them at your lesiure during in-game cutscenes.

Even given its full 1080P output and improved framerate, along with what appears to be some spruced up character textures and shadows in this version, the game is still clearly a port of a 3DS game, albeit a very ambitious one. 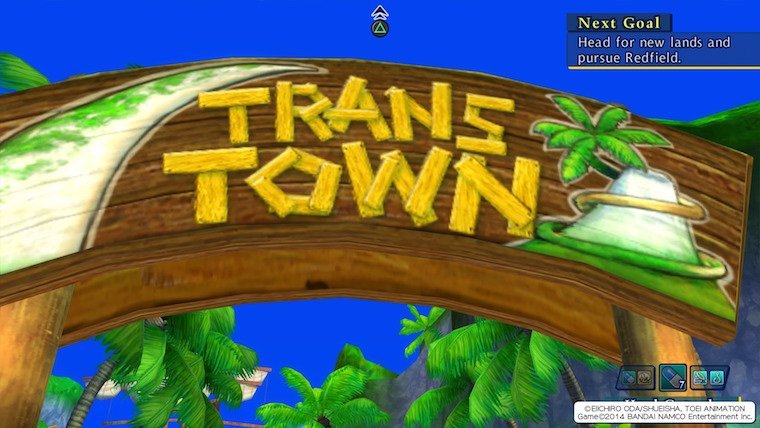 Old blocky textures give the game away, especially up close – the town entrance sign looks just dandy at a distance, but by the time you walk under it, it simply looks like a corrupted JPEG image.

But of course, that doesn’t detract from the fun on offer here, which is the combat and story on offer.

In Battle Coliseum, you can duel against crew members & bosses, or take on hordes of enemy NPC’s to raise through the ranks to fight against Donquixote Doflamingo, the organiser of the Battle Coliseum.

In Story Mode, the basic template throughout is usually to go from Trans Town, the games hub world, into a new area sourced from the anime, referred to as an ‘Episode’, fight some generic NPC’s from the series’ lore, find a wall that requires a word to get past (see below), kill NPC’s to get the word, and then to beat that areas boss. 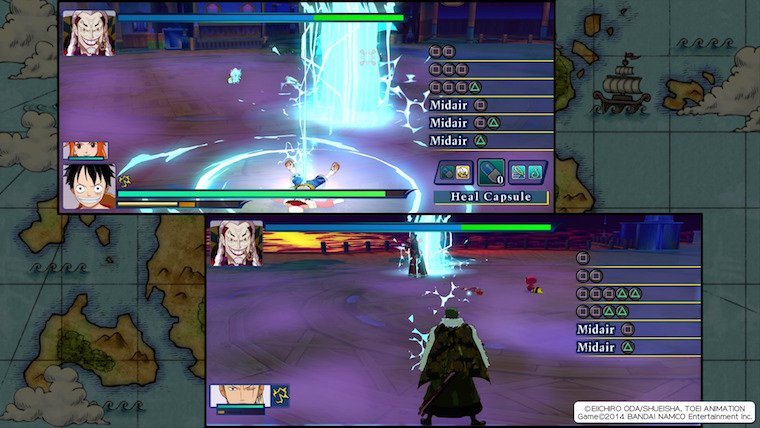 Combat is a satisfying experience, giving you loot as you switch between the Straw Hat’s roster three at a time (all 9 are included to make your own custom team with), with a simple combo and dodging system in place, which includes an odd super-ability system whereby characters shout special ‘Words’ to stat boost the team and to get past in-game walls.

There is an easy mode toggle available to you throughout the game, although I didn’t feel the need to reach for it at any point to complete the main story. It may be of help to those who choose to go through the ‘Difficult Main Story’, unlocked after completing the Main Story.

This experience is broken up by collecting items in the areas outside of town, and earning Berry’s (the in-game currency), and using it to expand Trans Town with new shops which will offer you stat boosts and health potions in exchange for Berry’s and items.

Occasionally you’ll have to perform certain tasks in regards to expanding the town before the story can advance, which I found to be a mild hinderance when I wanted more action and was forced to grind and trade my way to the next ‘Episode’, albeit for a short time.

It isn’t the most enticing hub world I’ve come across, but it’s certainly adequate in providing some downtime from the main story and for post-credits exploration of the game world through expanding the town and picking up smaller quests.

The story revolves around the Straw Hat crew chasing down the mysterious villain The Red Count, who’s lackey Pato, a cute raccoon in a pink poncho, leads you to the games island in the games opening – an island full of deception and a strong helping of the bizarre.

There’s not much more to it – you fight against boss’ from the anime throughout, and the dialogue is largely forgettable, although the series’ obscure humour does a lot to keep you entertained throughout the story, and the last two episodes of the story actually form a cohesive narrative that makes playing the story worthwhile. 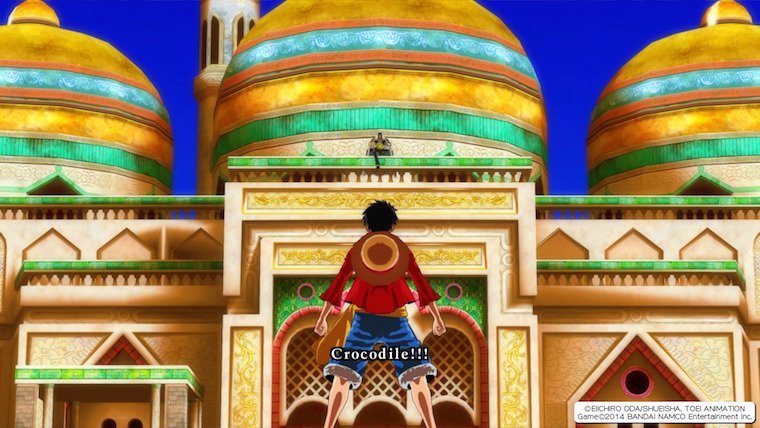 Of course, there’s a lot to be said for this being a more enticing story for fans of the anime, as it relies on pre-existing locations and characters within the lore, but it still isn’t the greatest plot in JRPG history due to its largely nonsensical plot, and is definitely something forgettable for those of us that don’t keep up with one of the longest running anime series’ the world.

There is a co-op mode on offer here, which oddly gives your co-op partner invincibility, and handles split screen by giving you two small windows to play as opposed to a full half a screen each. It’s essentially an easy-mode probably intended for players with less experience to hop into the game without facing any difficulty learning how combat works and enjoying the experience with a friend.

Whilst this edition boasts of over 40 pieces of DLC, that in reality is mostly costumes and only the odd quest worth your time – your not getting a full new story or any fancy gameplay tweaks here, just an updated version of the PS3 edition for current-gen players.

This is a good game for those who haven’t played it the first two times around, but there’s nothing worthwhile here for those who’ve invested time before.

From fighting Kung-Fu Dugongs in the desert, to defeating a Vampire Pirate, One Piece Unlimited World Red Deluxe has everything you need for a hilarious romp around its colourful world.

If you’ve played it before, you won’t be missing out on anything major, as the DLC is just a few extra costumes and small quests which die-hard fans will have already picked up.

Ultimately, this could have been a decent remaster, but instead it just seems to be a slightly lazy upscaled port, with DLC chucked in to pad out the content.