XCOM 2: War of the Chosen Review

The latest news in the world of video games at Attack of the Fanboy
August 28th, 2017 by AOTF Staff 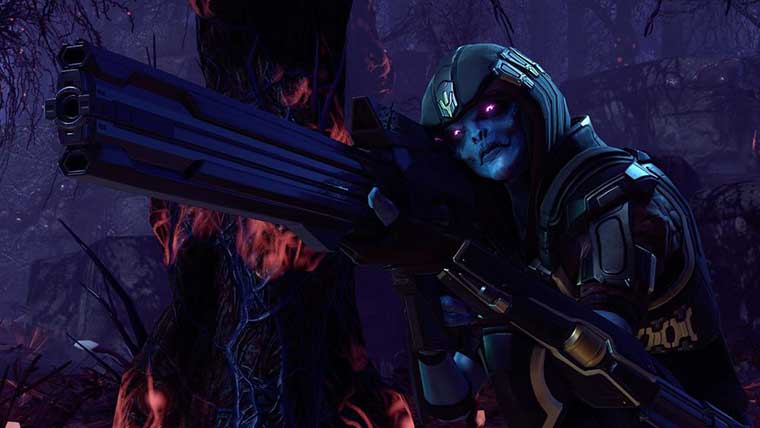 Since its 2016 release, XCOM 2 has been getting better and better.  A combination of developer and community made content for the game have allowed fans of the turn-based strategy title to get their monies worth and then some.  Those that have purchased the Firaxis made content have gotten quite a bit in terms of both cosmetic and story.  Shen’s Last Gift was the last piece of story DLC for the game, and while definitely worthwhile for those invested in the story and characters of this universe, it was a little light in terms of length.  With XCOM 2: War of the Chosen Firaxis takes a different route then they have with previous DLC, shaking things up completely and thoroughly.

War of the Chosen completely shakes up XCOM 2 in smart, fun ways

To access War of the Chosen, players must start a new game and what they’ll find is that all of the new content has been laced into XCOM 2.  It’s not a simple series of a missions.  It’s a complete overhaul to the way that XCOM 2 is played, with new characters, new environments, new weapons, new enemies, new gameplay systems, it’s almost like an entirely new game.  War of the Chosen is one of the strangest pieces of downloadable content I’ve played.  It basically introduces all of these new characters and narrative into the game to build upon what was already there.  So think about War of the Chosen this way… You’re playing XCOM 2 with the same underlying storyline, but there’s a whole new cast of characters, enemies, factions, and strategy layers that weren’t there before.  This implementation could’ve broken what didn’t need much fixing.  Instead, the results are incredible, with War of the Chosen being a compelling reason to come back to XCOM 2. 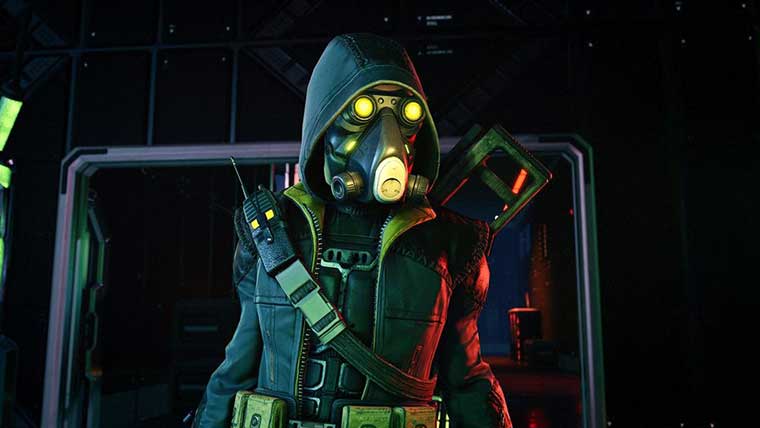 The Chosen characters are a trio of new baddies that are looking to track down the Commander on behalf of the Elders.  Each has unique powers and abilities, governing different regions of the XCOM 2 global map.  You’ll randomly encounter them during missions throughout the game, and they’ll look to gain intel from your soldiers if they aren’t defeated on the battlefield.  This intel continues to build if you don’t fight back against the Chosen, and like the race against the clock to stop the Avatar Project, it’s another part of the game that you’re looking to manage alongside all of the squad building and ability management for your army.

For anyone that’s played XCOM or XCOM 2, they know that this is a two part game.  There’s the overarching storyline and management systems of the game, and then there’s the actual turn-based combat gameplay, both are still equally rewarding.  The turn-based combat hasn’t seen huge changes to the way it works.  Of course, the new characters for your squad and the new enemies that you’ll find in War of the Chosen definitely change up the strategy aspect.  Three new factions can be aligned with in War of the Chosen:  The Reapers, Skirmishers, and Templars.  Each group has unique abilities in-mission.  The Reapers are a long-range class that try to remain hidden and in the shadows which is one of their abilities.  Taking a shot from Shadow Mode, the Reapers have a chance to be revealed to the enemy.  It’s a spin on the concealment system of the game.  The more you attack consecutively, the more likely an enemy will be alerted to your position. The Reapers carry claymore explosives and Vektor Rifles.  The Templars are masters of Psionic energy who gain focus by killing units.  This is mostly a melee class, using Psi Blades and abilities.  The Skirmishers are the final new class to the game and these are former Advent soldiers who’ve been disconnected from the alien network.  These are assault class characters, which carry a powerful Bullpup rifle and who also have a weapon known as the Ripjack that can pull enemies. 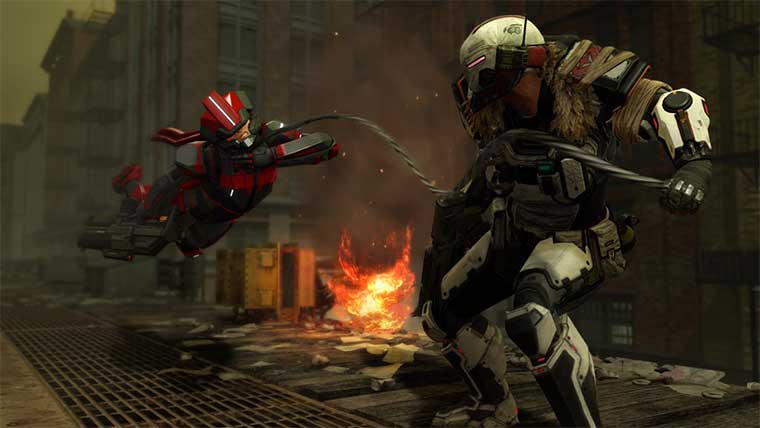 With these new characters to add to your ranks, the game is constantly throwing new challenges at you.  The Chosen will randomly jump into missions.  You’ll find “RULER” versions of enemies that pop up from time to time, adding a layer of challenge and depth that Vanilla XCOM 2 just didn’t have.  The Chosen are powerful foes and so are the Ruler class, but they can be turned back with some well executed strategy.  Needless to say, it CAN all seem a bit overwhelming at first as these new enemies can throw a wrinkle in even the best laid plans.  What can seem like a run of the mill mission can turn incredibly difficult with the addition of just one of these powerful enemies.  We’ve seen multiple occurrences where you’ll find more than one, and things start to get really, really hectic and each turn can make the difference between survival and a squad wipe.

Another new enemy class that’ll be found out in the field is the Lost.  This is a zombie-like enemy that travel in swarms.  These zombies are rather weak, but again add another layer of strategy when encountered in a mission.  Attacking Lost units uses a headshot mechanic.  If you manage to hit a Lost unit with a headshot, it does not cost you an action point, allowing you take another shot or movement.  This allows you to thin out swarms of Lost enemies in single turns, that is, if you can continue to pull off these headshots consecutively.  A bit of narrative and a new Advent class gets added in as part of this aspect of War of the Chosen.  A class known as the Purifier has been added to the game which is essentially a flamethrower class, who’ve been deployed by Advent to clear out the Lost.  Some missions that include the Lost will feature a three way battle between Advent, XCOM, and The Lost. 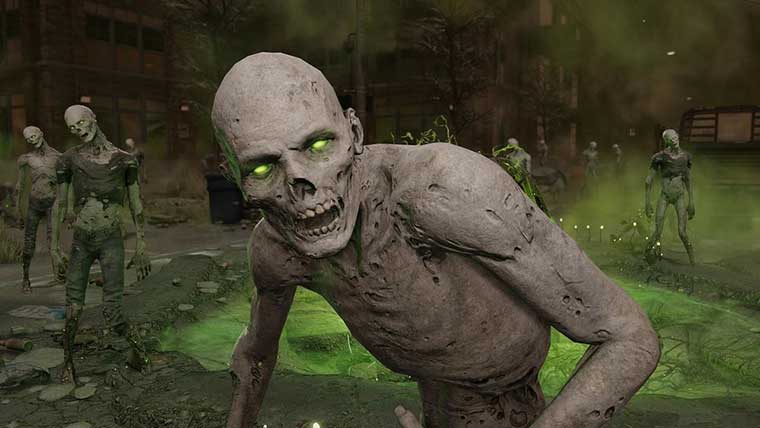 Back at HQ, there’ve been some changes as well.  A new area called the “Resistance Ring” can be added to the Avenger and it will allow you to perform new Covert Actions.  These actions give you the opportunity to earn rewards as you would on regular missions, but you’re basically sending out unused soldiers to do these missions automatically.  Each come with their own unique risks and rewards like the opportunity to gain scientists, engineers, intel, or other items that add to the resistance coffers, but the downside is the potential for the loss or injury of a soldier.  Speaking of which, your soldiers can be immortalized in new ways with a new Propoganda Photo editor.  You can take and post memorial images of fallen soldiers which will hang in the game’s Bar/Memorial area of the ship.  Other than that, the Avenger hasn’t changed all that much.  You’re basically just managing one more layer of actions in the Covert Operations on top of Tech and Engineering.

In the Overworld Map, a lot does retain the familiarity of Vanilla XCOM 2.  You’re still battling against the clock to stop the Avatar Project.  You’ll need to complete missions and objectives to hold this at bay, but you’re also needing to complete objectives to stop the Chosen from gaining knowledge.  The more knowledge that a Chosen enemy gains in a region will decrease things like Income and ultimately weaken your efforts.  If Chosen enemies complete different training objectives, they’ll gain new powers and abilities in battle, making an already tough enemy even tougher.  XCOM 2 can very much still be a lost effort, and it’s probably tougher than its ever been with much more to manage across the game.  Completing War of the Chosen will treat you to new ending sequences to tie in with all of the new narrative that’s been pumped into XCOM 2.

The final interesting piece of XCOM 2: War of the Chosen is in the game’s challenge mode.  This allows you to take on different challenges that have been set forth by the developers.  This will put you in the shoes of the many different units of XCOM, including Advent, Alien, and other characters.  Your objectives vary from challenge to challenge, but a global leaderboard keeps track of your successes or failures.  You can watch replays of your challenges, view leaderboards and other’s replays to see how they tackled a specific challenge.  It’s an interesting mechanic that appears to give you one shot at taking on a specific challenge, and then letting you stack those results against the world, while allowing all to see.

War of the Chosen is an incredibly compelling reason to return to XCOM 2.  Adding both depth in strategy and new content for the game, anyone who enjoyed XCOM 2 will most certainly enjoy this excellent expansion.

Attack of the Fanboy / GAME REVIEWS / XCOM 2: War of the Chosen Review

XCOM 2: War of the Chosen

Spy x Family Chapter 74 Release Date & Spoilers — When Does The Next Chapter Release?