Weird. But in a good way. 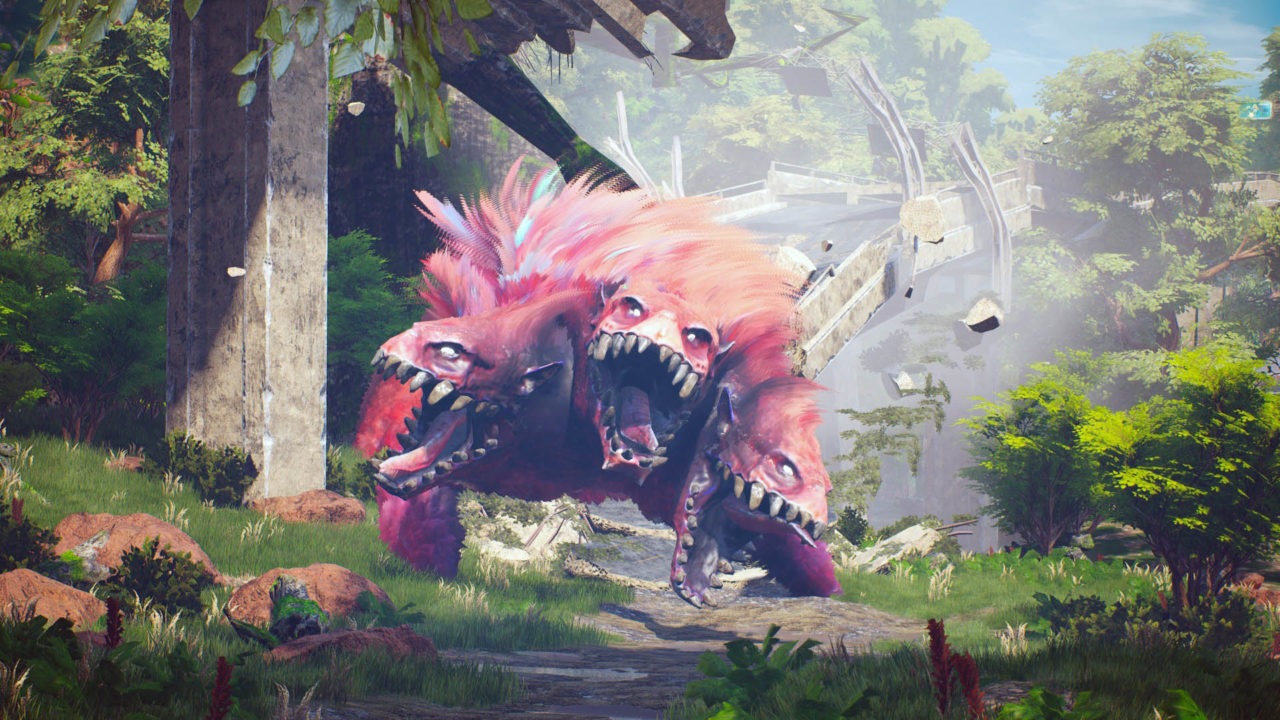 Gamescom has been kind in bringing us tons of new footage and info on Experiment 101’s upcoming Biomutant: a unique-looking action rpg where you take control of a mutant creature in a dying world full of strange beasts and technology.

The announcement trailer back at E3 2017 introduced us to our goggled mutant-racoon-thing protagonist, and gave us a glimpse of the world and its inhabitants wielding a mixture of old-school melee weapons and firearms. Last year’s PAX gave us a demo video which showed off some of the customization, gameplay movement and karma wheel decision making.

There’s also a new demo video in an interview with IGN which showcases more interesting character customization options which head into more rpg trope territory with elements such as intelligence, strength and charisma. The demo begins on an airship in a frozen world, one of five possible biome starts, which should help add more variety to different players’ game experiences and further push the game’s mix-and-match ‘mutant’ design language. The demo also shows some of the ways in which you’re able to collect mech-upgrade points to build one. The mechs seem to allow you more easily access more difficult areas and of course tear through enemies with their behemoth weapons.

The game’s director, Stefan Ljungqvist, says the game has been designed as a playground empowering the players with tools, allowing them choose the way in which they approach the open world design. Biomutant certainly sports a unique world,  super interesting weapons, cool creatures and a free-form approach which should combine to give players a veritable playground, not just in terms of environment but combat and the mechanics behind them. This is not a surprise given that the Experiment 101 team is made up of members who worked on the Just Cause series, but whether or not this will all translate to deep and engaging gameplay remains to be seen.

Ljungqvist describes the game as “weird, but in a good way.” At the moment, that seems right on the money. Biomutant is due out sometime in 2019 for Ps4, Xbox One and PC.