Batman: Arkham Knight A Flip Of A Coin DLC – Is It Worth It? 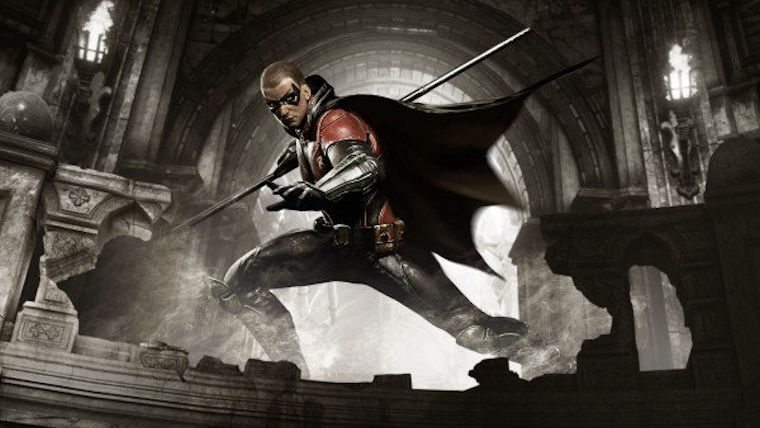 Batman: Arkham Knight saw a number of elements added by Rocksteady this time around, including the Batmobile. However, one of the most intriging was that of dual team battles that brought the likes of Nightwing, Catwoman, and even Robin into the mix.

Expanding upon the main game, there have been some DLC offerings that let you take control of these side characters and now it is Robin’s turn as he aims to take down Two-Face in Batman: Arkham Knight’s A Flip of the Coin DLC, so the question, is it worth the money?

A trend we’ve seen through the previous two similar releases in GCPD Lockdown and Catwomen’s Revenge was that they were overly short, which is pretty much the case here once again.

The Flip of a Coin DLC starts with you in control of Robin in a room full of enemies that are surrounding an incinerator. Naturally, this means it is predator mission time, as you must take these enemies out one by one. However, this is made much harder with one of the enemies jamming your detective mode, so finding him is of the utmost priority.

There are many armed enemies in this area, but it shouldn’t really be too hard, as long as you are patient in getting enemies to break away from the pack, while utilizing Fear takedowns when you accumulate them. After this, you will interrogate the foreman, who tells you where Two-Face is, which is a completely different location.

The DLC then transitions to this new area where you must use some strategy to defeat three enemies in a small area that also has three turrets. You will then hack through a wall and go forward to fight more enemies, though this should be pretty easy.

Then, you will have to open a gate with a little puzzle that may take a little trial and error. After this, you will end up being a statue being shot at. Get out your bullet shield item and literally walk towards the enemy and beat him down, before jumping down into an arena for the finale fight.

Following this fight, there is a quick QTE sequence with Two-Face and after that, the DLC is already over. This one can easily be completed in 20 minutes or so, maybe less if you know exactly what you are doing. This just continues the disappointment of DLC that feels like it could have been so much more.

However, just like with the others, the $1.99 price tag is hard to turn down, though these three do kind of make the season pass feel lesser than it should for the total cost. If you are interested in playing for a few minutes as Robin on a solo mission though, this is definitely going to satisfy you in the short-term.

Home / Original Articles / Batman: Arkham Knight A Flip Of A Coin DLC – Is It Worth It?