How PlayStation Share Play Can Affect The Marketing Of Games

The latest news in the world of video games at Attack of the Fanboy
October 26th, 2014 by William Schwartz 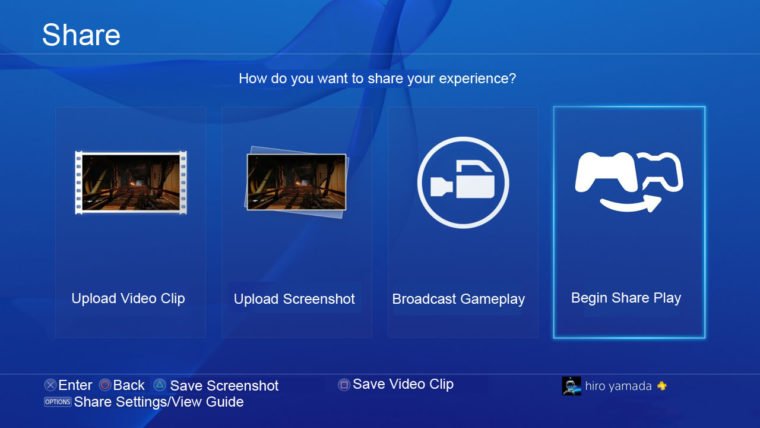 PlayStation 4 has been available now for almost a year and it has seen its fair share of updates, features, hit titles and misfires. Share Play is something that was announced awhile back but now is finally coming to fruition. It allows players who are friends but may not be near each other to participate in co-op and pass the controller via internet with certain limitations. It has the ability to revolutionize not only the way we play games with friends and perceive co-op but also the way games are marketed to the hardcore gamer.

The most interesting feature is that Share Play allows you to play a game by ‘passing the controller’ or via co-op without owning the game. Only the host who invites you is required to own it, with only a one hour limitation and the host requirement of PlayStation Plus. Even so, it opens up the ‘word of mouth’ aspect of marketing to completely sell a game for itself. Let’s say friend ‘A’ buys the newest multiplatform “must have” game but friend ‘B’ bought it on a competing platform. There is the obligatory “Aww man, why did you buy it on there! We could have played co-op/multiplayer. Plus PlayStation 4 has exclusive maps/features.” Friend B replies with “I didn’t know, but what kind of stuff is PS4 exclusive?” and their friend simply replies with “Let me show you.” Now the friends can play together, showing his friend what he is missing and eventually convinces them to purchase the game. This works even if player B didn’t already own it on another platform, or has never heard of the title. Think of those niche games where that one friend of yours always buys and you always ask “What the heck are you playing?” Now with Share Play, you will be able to play for yourself and even join in if multiplayer/co-op is available. Word of mouth will be changed forever to ‘word of sharing’ if this feature turns out to be the revelation we hope it is. Though it is completely dependent on the servers at the time of launch and players willingness to reconnect every hour. 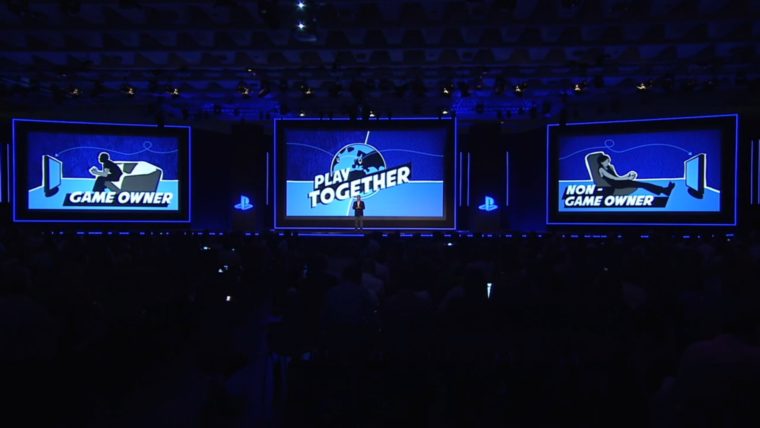 Developers and publishers can take advantage of Share Play by implementing trophies and in-game rewards to encourage Share Play and spreading of the word of mouth. This can be done by simply adding trophies that require you to Share Play with an X number of different people on your friends list, which trophy hunters and perfectionists will do.  This also allows developers and publishers to possibly hold events where select members of the community and fans to get to play in Share Play sessions with developers. This of course would be great for fans and developers to get feedback but also be dependent on limitations of pre-release content, which hasn’t been addressed yet.

Contrarily this could also affect marketing negatively. Let’s say a game releases like Aliens: Colonial Marines did again. The glitches and false promises would be relayed to friends and potential gamers who would have previously thought about purchasing the product, now warning them to stay away. It could influence developers to spend more time polishing or even cause developers not to use the Share Play feature at all for fear of negative word of mouth. 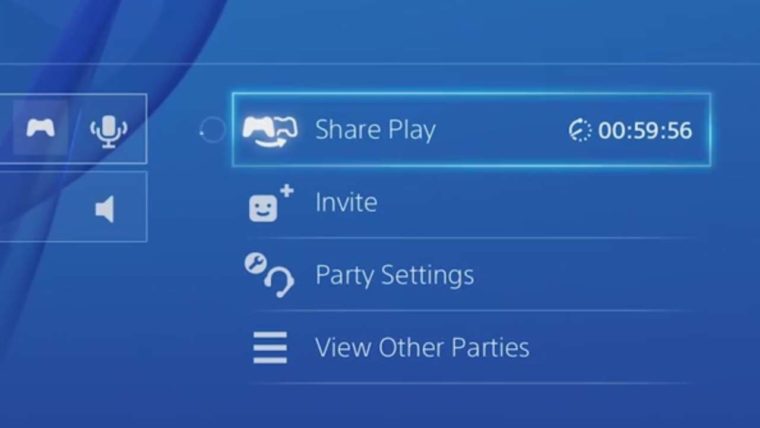 In the end, Share Play could potentially bring about new spurt for marketing games towards the gamers not just the utilization of media. Fans could eventually benefit from this ‘direct marketing’ as well as unknowingly influence friends to pick up games that they Share Play with. The only downside is the time lock that would require friends to continue to connect but that will likely only deter casual players from sharing. I personally am looking forward to seeing how it all unfolds. Will you be using Share Play when it releases next week or will you be skipping out due to the limitations? Let your voice be heard in the comments section.