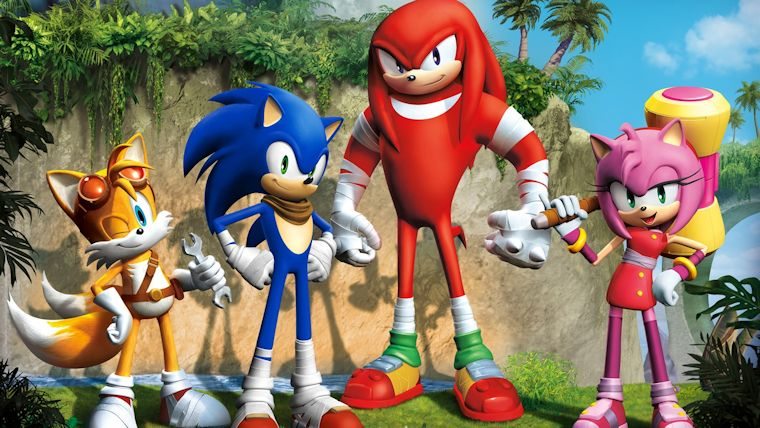 Sonic Boom was first revealed earlier this year as the next television series based off the property, along with two games that would continue the exclusive contract with Nintendo, while also serving as a prequel to the TV series. Rather than having the two games be very similar, newcomer Big Red Button Entertainment chose to go with two separate games that each have a different title, with the 3DS game being named Sonic Boom: Shattered Crystal. With a little less than a week to go until the release of the game on November 11, a demo has been released on the Nintendo 3DS eShop, which has allowed for some initial impressions of the game prior to the release.

Just like many of Nintendo’s demos, the Sonic Boom: Shattered Crystal demo has a limited number of uses, specifically eight. However, just like the rest, once the demo is opened, the counter will not go down until the demo itself is completely exited out. As a result, there is plenty of gameplay to be had.

Players have three separate levels to choose from, all of which are different game types and can be played in any order. The starting level, Seaside Beach, is the basic 2D Sonic side-scroller that feels speed wise almost like Sonic The Hedgehog 4, but slower at times due to looking for collectibles items. Within this stage, the player has the ability to switch between one of four playable characters at will. This is made easy by switching between Sonic, Tails, Knuckles, and the newcomer Sticks with the D-Pad.

Each of the playable characters have a special ability at their disposal, including Knuckle’s burrow technique and Sticks’ boomerang throw. The demo level allows the player to utilize each of the abilities, many of which are simply used to find special items. All four also have a very important accessory, known as the Enerbeam, which allows the player to remove the shields of certain enemies as well as swing against many gaps. The combination of these abililities does change up the gameplay from the typical Sonic formula, but that might not be such a good thing. The game feels incredibly slow at times, which is something that a Sonic game certainly should not.

This type of stage can be beaten in around six minutes, but with the number of collectibles to be found, it will likely take much longer. A playthrough without finding everything took nearly 20 minutes, which is near unheard of in a Sonic 2D game.

The second playable level, known as Worm Tunnel, includes the fast paced on-rails type action that feels much more like Sonic. This stage features very simplistic level design, with it being possible to be beat in a little over a minute and a half. Hopefully this was only a taste and the future levels of this type are more fleshed out.

The last stage type, Seaside Race, takes a cue from the racing modes in games like Sonic The Hedgehog 2, as Sonic races against Sticks through a much more linear stage than the first game type. This is very easy to win in the demo, but could potentially be a good way to shake up the gameplay once the full game releases. However, it still feels a little slower than it should most of the time. This is especially a problem since many of the segments where it does happen to speed up, Sonic is uncontrollable and leaves the player out of the equation completely, which is a problem the first stage type had as well.

The demo for Sonic Boom: Shattered Crystal does have some potential, but how well the developers expand upon these level types will decide how good this game will actually be when it releases next Tuesday, November 11 for the Nintendo 3DS.