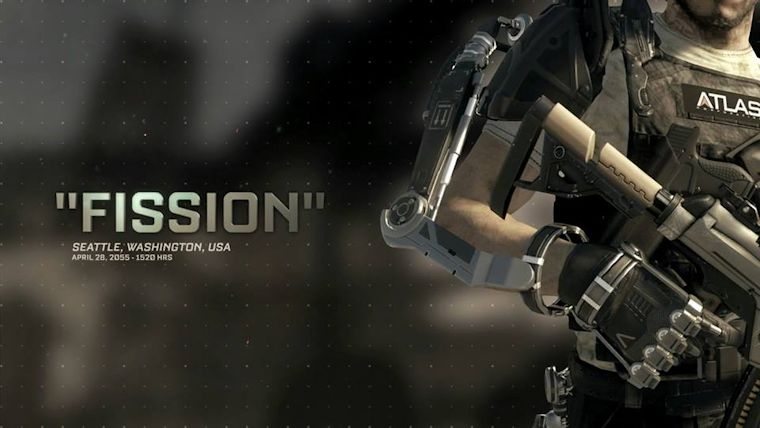 Shut Down The Reactor

After the opening cutscenes with Irons and crew, you will start the fourth mission of Call of Duty: Advanced Warfare in a copter that is being fired upon. When you approach a few rooftops, quickly start firing on the enemies to the left and right, as they will kill you in a matter of seconds on the highest difficulties. Make sure to take out the guys with rockets first and foremost. As soon as everyone is dead, hold square to use your zipline, which you can then fire into the ground below to use.

Continue moving forward, killing any enemies in your path while following your team. Eventually, three icons will pop up on the screen, two that lead you to shield drones and one that is the waypoint you need to move towards. Activate one of the shield drones and move down the street. Use this awesome shield to detect enemies by their movement and shoot, while mostly staying protected.

Along the way, you can also enter the MD Turret and clear some of the enemies with missiles that automatically lock-on by aiming. A trophy can even be earned by killing 10 enemies courtesy of the MD Turret’s missiles, known as Fire and Forget. Make sure to use missiles on the other turrets as well.

The turret will then be destroyed by a much larger tank, so run for the icon that happens to be a Stinger missile. Lock-on the spider-like tank automatically and fire, but that won’t be quite enough. As a result, you must find more ammo, courtesy of the icon that says “ammo” that will bring you to an ammo crate. Reload and fire upon the tank, being very careful to not be killed. A second round of missiles should do the trick.

Follow your team into the building and down through the elevator shaft to the lower floors. Move down the hall with your team and into Vekron Lab 1. Move forward with your team and eventually you will reach an airlock that they will open. As soon as it is opened, a major gunfight will ensue. After a little while, you will be prompted to use Sonics by pressing down on the D-Pad. 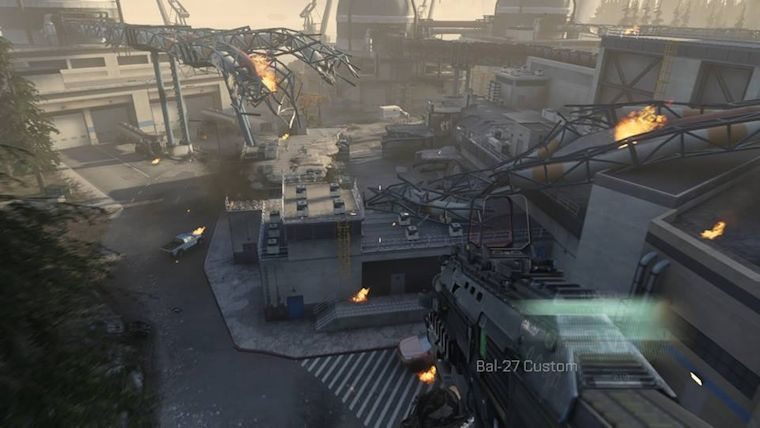 This is going to be one of the toughest fights in the game thus far, with enemies coming from everywhere and hiding all throughout the room. Proceed very slowly on the left side and eventually you will reach a checkpoint, before more enemies pop out.

Fight forward to the waypoint and head to the cargo elevator. Hold square to start the elevator to go up to the turbine room. Once the door opens, the game will prompt you to press up on the D-Pad to deploy your Drone once again. Do so and kill as many enemies as you can before it is destroyed, to make the rest much easier to handle. It will start with 35 threats, which can easily all be taken down with the drone if you do it quickly.

Now, make your way to the next waypoint, where your team will breach the door. Head to the new marker and enter the now open door. Hold square to activate the console in this room, which will lead to the area going critical as the objective has been failed. Now it is time to get out of there.

Exit the control room and start to head towards the next marker. Head down the stairs and almost instantly, you will be attacked. Clear the room of enemies as you make your way towards the waypoint. After the initial group, you can mostly just run for the marker, as most are trying to escape as well. If shot, recover and continue forward. Eventually, one of the large towers will collapse, which will allow the escape copter to swoop in and end the fourth level of Advanced Warfare.