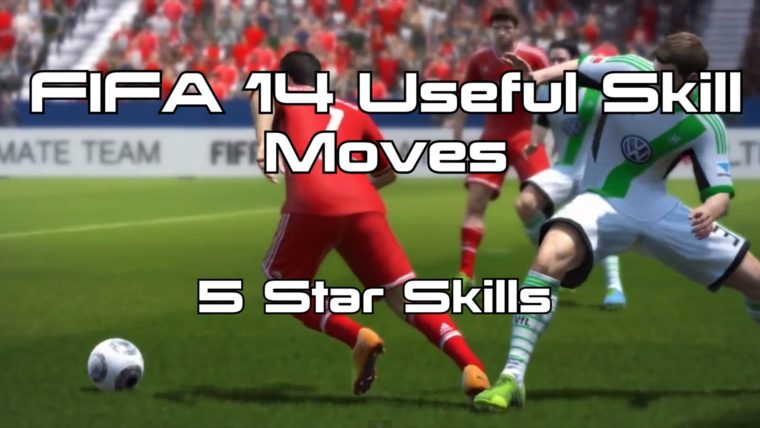 Welcome to the first of my brief guides for FIFA 14 gameplay, designed to get you familiar with the useful skill moves and when to use them. What do I mean by useful? Well, certainly when you get into the 5 Star Skills range, a lot of the skill moves are merely for show, and don’t benefit you. For example, there are a number of standing skill moves that are very rarely useful in a match.

This guide will concentrate on the skill moves that actually help you to beat a player, specifically; 5 Star Skill Moves. At the bottom of the article you will find an embedded video which contains footage, captured from the Dribbling Skill Game, using Ronaldo. This will hopefully help you to understand the correct timing to attempt each skill moves. Before that, or while watching the video, I’ve arranged a short written analysis of each skill move as well.

Also available in a 4* form (where it’s known colloquially as the ‘Berba Spin’.) The 4* equivalent isn’t as effective as it’s slower and you retain less control over the ball. More space is needed to attempt it with a 4* skiller, although a player with 5* skills will sometimes pull off the ‘Berba’ rather than the ‘McGeady’ (usually if the ball is far away from their feet when you trigger the skill move.)

Best utilized when running parallel to an opponent on the wing, when they’re faster or about to make a tackle. Don’t bother using if you’re already ahead of them. Alternatively, it can be used in the midfield by making a diagonal run towards one of the corner flags. Draw the defender in, and then use the spin to get past them.

Players with lower skill move ratings can do similar, less effective versions using the same stick movement. Mostly only effective when facing an opponent head on. For maximum effect, angle your run slightly in the direction of your player’s stronger foot (run slightly to the right if the player is right-footed, left for left-footed.) This will draw the opponent towards the area in front of you, allowing you to accelerate in the opposite direction.

Can be done while standing/walking with 4* skilled players, but only available while running to those with 5* skills. As with the Elastico, angle your run slightly in one direction. It doesn’t have to be your player’s stronger foot for the scoop though. This will allow you to move quickly into the space you’ve created on the other side of the on-rushing defender. Can also be used on the wing, if the defender overcompensates in-front of you, but most effective when running straight at an opponent.

That concludes this particular guide, but I will continue through the Skill Moves, with a Useful 4* Skills guide coming soon. If you enjoyed, have any questions or even criticism; don’t hesitate to leave a comment below.