Legend of Zelda: Link’s Awakening – How To Defeat Genie Boss

Go for the magic lamp. 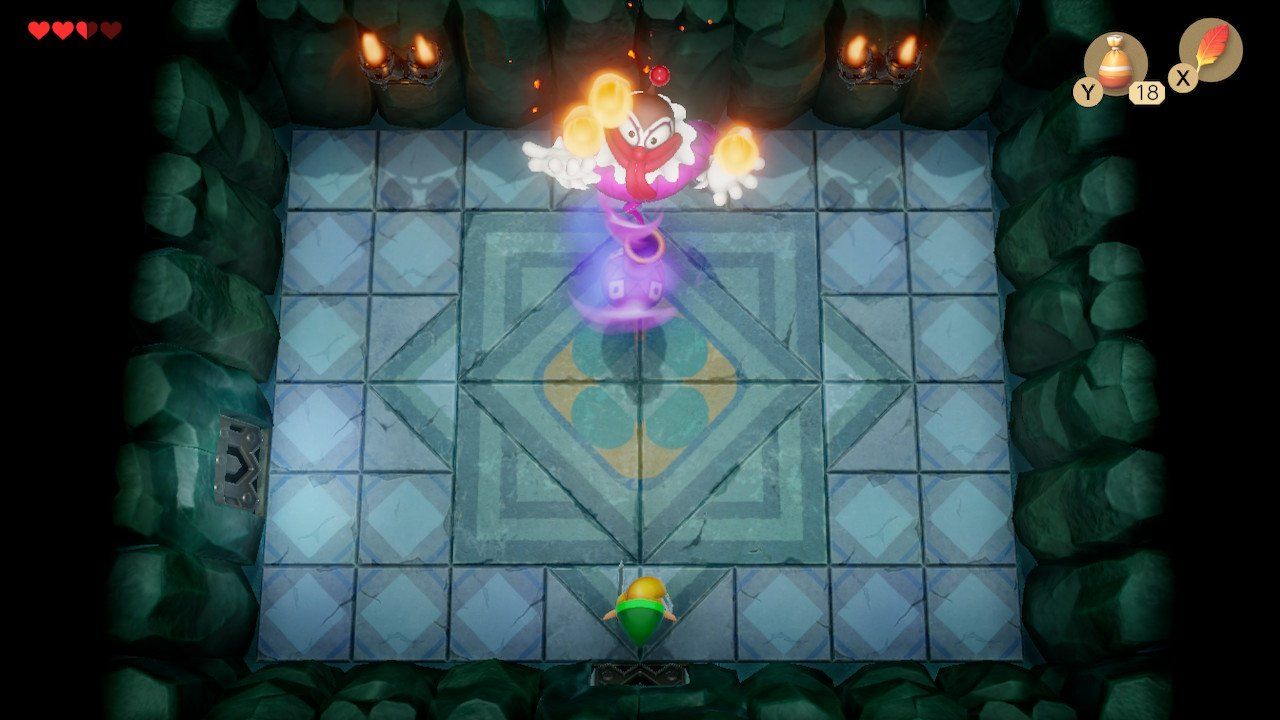 While we saw the first dungeon in The Legend of Zelda: Link’s Awakening feature just a larger version of an existing enemy from within the dungeon, the second one known as Bottle Grotto takes a different approach. By the time you may it to the end of Bottle Grotto, you will find yourself in a fight with the Genie Boss, which is very different than anything else you’ve faced so far in The Legend of Zelda: Link’s Awakening.

Genie will start the fight by tossing a number of fireballs at you, so just moving left and right to dodge these until he goes back into the lamp. This is your opportunity to strike, so move in and attack the lamp with your sword. This will cause it to fall over, so not pick up the lamp when you can and throw it directly at the wall to damage it.

Do this process three separate times and the lamp will eventually break, leaving the Genie to fight you directly now. He will split himself into two and spin around you, eventually revealing the true him and shoot a fireball at you. Avoid the fireball by jumping over it with Roc’s Feather and hit the Genie with your sword. He will repeat the same process, so hit him twice more and you will take him down and obtain a Heart Container and the next instrument in The Legend of Zelda: Link’s Awakening.