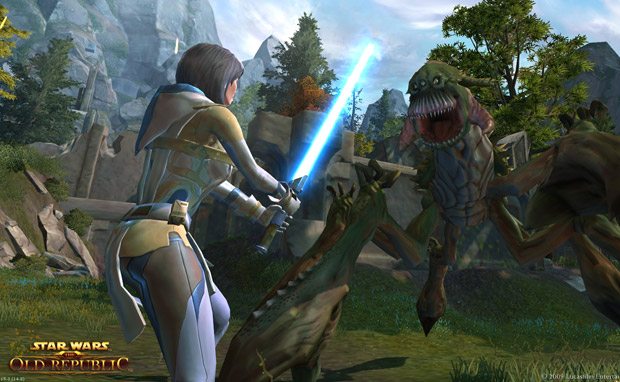 More shocking details coming out of the Lazard Technology Media Day Presentation by EA, are that there are already 1.5 Million players currently registered for the SWTOR beta.  EA’s CFO thinks it shows that there is a lot of interest in the title, which they also said was going to take a huge chunk of marketshare from the older, shopping list type game that they claim World of Warcraft is.

Brown says the focus is on making the experience the best possible for the initial users of the game.  Then in a multi-tiered fashion the game can expand naturally from Tier 1 to Tier 2 and then progress even further to players that may have never played an MMO before but are just fans of the Star Wars franchise.  That’s not to say that they are going to trade off some of the core MMO players interests.  Brown thinks that trick is to find the right balance between catering to the seasoned MMO players and the newcomers alike.

“If we do that, our addressable market is well beyond 12 million people … into more of a general gamer population, pretty much anyone that has a minimum spec personal computer,” Brown said.

Announced at the conference was the fact that the game would be coming sometime in 2011, but definitely after July 1st.