4 Battlefield Spin-offs I Want to See 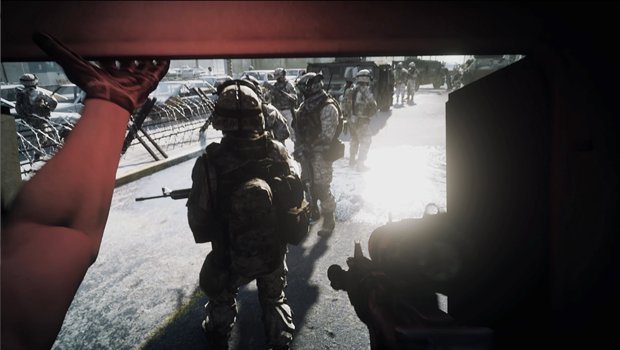 The gameplay mechanics of the Battlefield series, soon to come back in strength with Battlefield 3, is a winning combination of shooting and strategy. The series has had the standard World War II iterations, the Vietnam expansions, the futuristic 2142 affair, and more recently Bad Company 2. Heck, there has even been a Star Wars spin with the very popular Battlefront series. With so much room in the formula for any universe to squeeze into, there are some other spin-offs that would be interesting to play.

These are mainly for discussion and thought provoking purposes, but should prove to be entertaining nonetheless.

The theoretical game that spawned the idea for such an article, Battlefield: Warhammer 40, 000 would be a particularly great romp in the already tweaked Battlefield format. Being a fan of 40,000 universe already, the mix with Battlefield is a no-brainer to me.

Everything you need to make such a game is already available in mechanics and models. There are plenty of troops for each side to choose, from the might Space Marine to the whimsically violent Eldar, and vehicles already populate the 40k universe with such technical monstrosities like the Leman Russ or the Wartrack.

The sci-fi world of Halo is another spin-off of Battlefield which would surely bring interesting moments. It’d be very interesting to see a group of Spartans holding off a command post/point from invading Covenant forces.

The wonderful world of Halo already supplies units and vehicles as well, with the Spartans and the many variations leading one side, and the Covenant and the interesting aliens on the other.

Battlefield: Halo would obviously never happen, but is an interesting thought nonetheless.

Killzone has been toted as the best FPS on the Sony platform, seemingly disregarding the Resistance series completely, and with that title should come a Battlefield spin-off.

ISA forces holding one area, intruders prepared to move more reinforcements, and the approaching Helghasts moving with envious strides to retake their command posts/points. An epic battle would erupt as the different classes battle off in a fight for ground. Killzone already has some Battlefield-esque elements in its multiplayer, but nothing satisfying in the same way. The only difficulty a possible developer would have is to come up with vehicles as the Killzone universe is a bit lacking for a Battlefield game.

Wanting to throw a curve ball, my final pick is Battlefront 3. The rumoured game that seems getting pushed on its back, time and time again, needs, nay, must be released. The first two console entries to the Battlefront series took Star Wars fans and gamers by storm with its great use of the Battlefield mechanics in a new setting. The always rumoured title has been begged for on forums consistently, even creating a fan base strong enough to spawn fan sites.

Battlefront 3 is the one Battlefield spin that I really don’t want to have to live without.