5 Things We Want from Battlefield 3 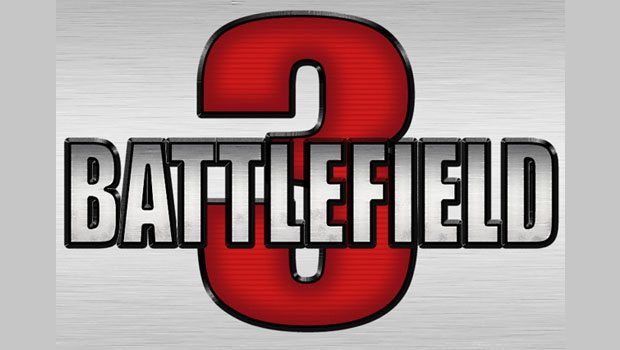 The elephant in the room for 2011 in the shooter department is Battlefield 3 for many fans.  We all know it’s coming, yet details have been sparse to this point.  The Game Developers Conference is coming in late February 2011 and it has been announced that Battlefield 3 will be on prominent display there.  The ever waging war between rival game makers Activision and Electronic Arts is fought on many fronts, the FPS genre is one of them.

In 2011, Battlefield 3 will be released and with it Electronic Arts will once again set sights on the Call of Duty juggernaut.  Whether the game can outsell Call of Duty remains to be seen.  And as a gamer, I could care less which game sells more.  But as a fan, here are 5 things that simply must be in Battlefield 3.  Or at least we hope are in Battlefield 3.

1)  The return of destructible environments –

In all likelihood this is a near certainty for inclusion in the next Battlefield and why not?  It’s one of the main features of the game that seperates it from all other shooters.  The ability to use explosive weapons to alter the environment is a feature that need be seen to truly appreciate.  It made Battlefield Bad Company and Bad Company 2 two of the most dynamic FPS experiences in recent memory.  Not to mention it’s just really cool.  Having a crumbling building be your demise is something that is just not seen in many games and this is certainly a must include in Battlefield 3.  With so much work having been invested in the Frostbite Engine Battlefield 3’s iteration may be the best one yet.

Playing the multiplayer component of the most recent Battlefield games on Xbox Live, PSN, or Steam you can tell right away that most maps are large sprawling war canvases ready to be painted red.  Huge in size and scope, many of the maps feel like they could host double the amount of players that they currently hold.  Would there need to be retooling to avoid 30 focusing in on all choke points? Yes, but can you imagine the marketing buzz that 30 v 30 online multiplayer would generate?  It would be an instant must buy for people that aren’t even interested in the game.

As much as DICE tries to avoid it, people like simple game modes like Team Deathmatch.  Giving players options to join groups to fight objective based battles such as Conquest or an option to jump in a TDM lobby for a quick game would be nice.  A full two round session of Battlefield Bad Company can be quite lengthy.  Not exactly bite sized gaming that everyone can swallow, even if it is phenomenal, it just doesn’t cater to everyone.

But even further with this, Battlefield Bad Company isn’t fun for everyone.  If you have a communicative group to play with, it’s a blast, if not well it’s kind of dry.  And since online communication has pretty much reached the point of muting each and every person that you don’t know IRL, it’s neccessary to have game modes that a solo operative can hop in and play.

We get it, you’re a proud developer that doesn’t need to take from anyone or anything when desiging a game.  But you’ve shown in Medal of Honor that Killstreak rewards don’t have to be these super unrealistic death machines.  Roll with that.  One of the best features of Medal of Honor Multiplayer were the Killstreak Rewards: they were realistic hard to achieve, and turned the tides of many battles that I played.  A similar system in Battlefield 3 would give the game a much needed shot in the arm as far as I’m concerned.

We already said we wanted more players in Battlefield 3 and a byproduct of that would probably be bigger maps.  With bigger maps, you could certainly integrate more vehicles to accomodate all of the new players.  Battlefield has always been a game about mini skirmishes taking place throughout huge maps.  We want to see multi class levels of tanks with upgradeable options.  Flight, and not restricted to just helicopters.  I would love to fly a supply drop or troop drop to an objective, call me crazy but that would be fun.

Battlefield 3 is coming in 2011.  First details will be revealed at the Game Developers Conference in Feburary.  How about you reader?  What do you want to see in Battlefield 3?  Leave your response in the comments section below.