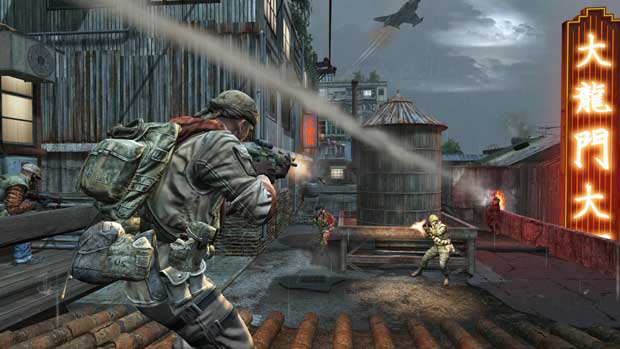 Having played all of the major Black Ops releases on Xbox 360, PS3, and PC, I can undeniably say that the Xbox 360 got the most stable version of the game.  Black Ops on the Xbox 360 is a great game, and you can see why it’s so popular on the console.  It runs very smoothly and in many ways is superior to Modern Warfare 2 at this stage in it’s lifespan on the console.  For many Xbox 360 owners that play Call of Duty Black Ops regularly on Microsoft’s console, the 1200 Microsoft points required to expand their Black Ops experience is an afterthought, a must buy if you will.

But what about PS3 gamers?  If you are a one console gamer and play exclusively on the PS3 your Call of Duty Black Ops experience has been quite different than if played on the Xbox 360.  Numerous glitches have saddled the experience for many, and for some, confidence has been lost in the reputable developer, Treyarch.  A development team who has delivered great experiences on the PS3 in the past.  The ultimate I’m sorry from Treyarch?  Give PS3 gamers the Call of Duty: Black Ops DLC “First Strike”  for free.

Sure, Mr. Kotick might not agree and certainly the shareholders of Activision might not agree either but if the loyal fans of your game buy the content and it has the same problems that the game has now, your disgruntled fans are soon going to turn into an angry mob.  Even this would probably not right where many feel they have been wronged but it would be a spectacular PR move, not only from the standpoint that you care about the games that you publish, but the gamers that play them.