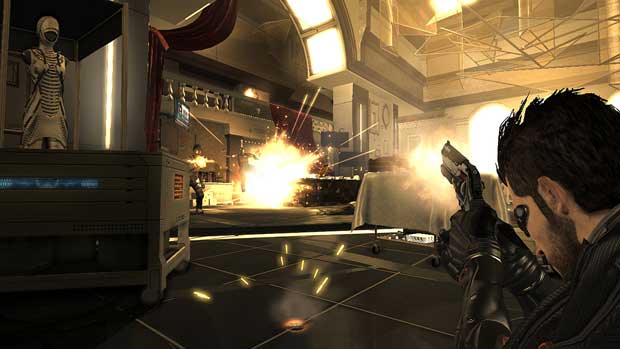 In the latest trailer from Eidos Montreal the developers open up the story for our wondering minds, and we get to learn a little bit more about Adam Jensen.  Jensen becomes cybernetically augmented to save his life in Deus Ex  Human Revolution.  This trailer from Eidos gives us a sneak peek at the timeline up to this fateful moment in Jensen’s past.

Having had one delay thus far, Deus Ex Human Revolution is scheduled to be release on the PC, PS3, and Xbox 360.  March was the game’s initial release window, but it was recently announced that the game was delayed.  No official confirmation has been made on when this great looking title will drop.