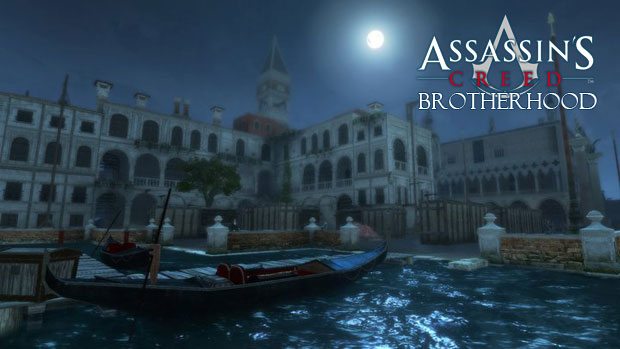 The Assassin’s Creed Brotherhood Facebook Fan Page is quickly reaching a milestone number of 1 million fans.  Ubisoft has recently announced that the company will be releasing a new free map for AC: Brotherhood once that fan page reaches the magical 1 million number.  Venezia by Night which is the map that is scheduled to release is Venice at night, go figure.  Ubi had this to say, in thanks to all of the fans that have supported the game.

“As we approach this major milestone for the Assassin’s Creed community, we want to make sure we do something extra special for reaching 1 million fans on our Facebook page. Here are a few of the things we have planned to celebrate our community and demonstrate our deepest thanks for all of your support over the years”

As well as the map, to commemorate the milestone event Ubisoft will launch it’s newly issued t-shirts at the UbiWorkshop where you can pick up cool Assassin’s Creed Gear.

With right around 40,000 users to go, it shouldn’t be long before the map is released.  If you haven’t liked the AC Facebook Fan Page just yet, help out the cause at the email address below.  And while you’re at it like us too.