Azir Revealed as Next League of Legends Champion 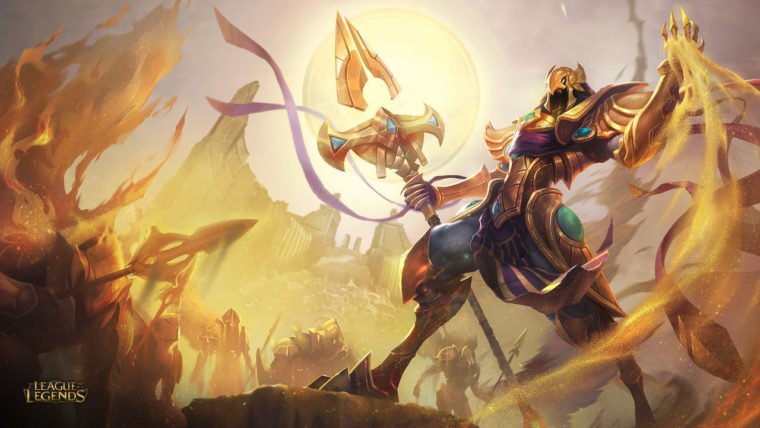 Riot Games has announced a new Champion that is coming to their extremely popular MOBA game League of Legends. The new Champion is called Azir, the Emperor of the Sands. The tagline for the announcement reads “An oft-repeated legend stirs in the desert of Shurima. The swirling sands carry rumors of the ancient emperor Azir, somehow returned.”

Azir’s moveset is pretty unique, as he does almost nothing to directly harm his enemies. Instead he summons Shuriman soldiers who do the attacking for him. “The soldier’s piercing basic attacks furnish most of Azir’s damage potential, making him an outlier amongst mages as a right-click-focused champion. Azir’s spells, on the other hand, manipulate his and his soldiers’ positions to keep him safe and establish dangerous no-go zones for his enemies.”

Azir’s abilities are listed below:

Azir is said to work well with other Champions Yasuo, Sejuani, and Sivir, but will struggle against Ziggs, Kassadin, and Maokai. You can see a lot more about Azir, including insights from the designer by visiting the announcement page here. Azir is the second new League of Legends Champion to be announced in the last few weeks. The last one was Gnar, who became available in-game on August 15th. There is no word on when Azir will actually become available in League of Legends, but it shouldn’t be more than a week or two.