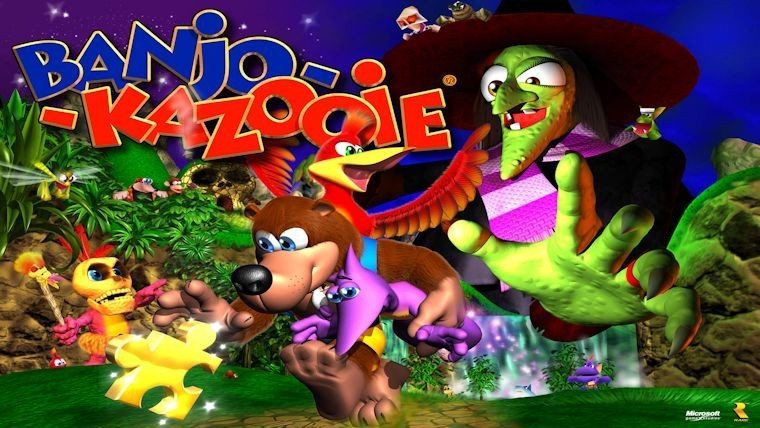 Banjo-Kazooie burst onto the scene on the Nintendo 64, but sadly has seen the franchise reach lows like Banjo Kazooie: Nuts & Bolts on Xbox 360 after the acquisition of Rare by Microsoft. Rumors have been circulating for a long time that Rare was going to be reviving the classic series, but now there may be some hope elsewhere for at least a spiritual successor.

Microsoft and Rare obviously own the rights to Banjo-Kazooie, but sadly most of the staff that made up Rare in their heyday are no longer around. In fact, a number of them have come together to form Playtonic Games, including composer Grant Kirkhope, who teased that this month’s Edge magazine would have major news for Banjo-Kazooie fans and that it did.

According to posters on NeoGAF that have this new issue of the magazine, it was revealed that Playtonic Games is in fact working on a spiritual successor for Banjo-Kazooie behind a staff of six full time members, though they play to expand to 15 in the future. They said that they have funding already for the game, but would prefer to find a publisher to where they could mutually help one another.

Also of note, they mentioned that it would come to Steam Early Access and they hope consoles as well, specifically the Wii U.

“There’s a history of working with Nintendo so we’d naturally love to see our game on a Nintendo platform. If people tell us to make Wii U our target console platform then we’ve got the flexibility to do that.”

Almost nothing is known about this project yet, but with many of the minds that brought us the classic Banjo-Kazooie games on Nintendo 64, we could be in for something special.