Batman: Arkham City and the Problem with Villains 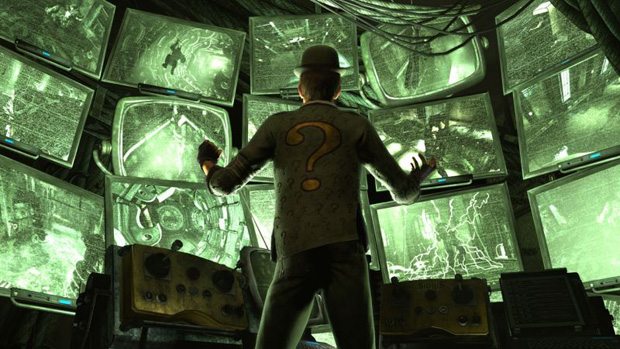 Batman: Arkham City is going to have it’s fair share of Batman baddies from the popular comic series, but it’s not as easy to incorporate them into the game as you would think. As gamer’s we think the more the better, but as a developer, Rocksteady has to deal with a plethora of problems with incorporating them into the game, and having it make sense to the player.

In a recent interview, Rocksteady’s Dax Ginn spoke at length about the process of incorporating the large number of villains into a game like Arkham City.

“It’s something that games often have difficulty doing simply because a big character like Penguin or Joker or Riddler or whatever is usually treated as boss encounter,” Ginn told Gamasutra. “And you don’t just walk up to a boss and floor them with one punch, but in actuality if Batman was going to throw a punch at the Riddler, he would knock him out.”

When all is said and done, the villains of the Batman comics are mortals, and Rocksteady’s task is to make Batman’s encounters with these mortal enemies believable and at the same time fun for the player.

“They’re humans. They’re mortal. Batman’s a mortal guy, but he’s a total badass, so we’ve got to make sure that all of a sudden someone like Riddler doesn’t just develop superhuman strength because it makes gameplay sense. No. Riddler is a smart guy but he’s not a powerhouse, and so the combat between Batman and Riddler exists on the intellectual level.” Ginn said in the interview.

The Riddler plays a large part in Batman: Arkham City. It seems like Rocksteady has found their niche with the character, doubling up on the premise of the figure that is taunting Batman from the shadows and urging him on to complete the challenges that he has laid out. This time around, there are “much more threatening mortal challenges that he’s (The Riddler) contructed that lay on top of the verbal challenges, the puzzles, these quizzes that he sets on Batman,”.

Rocksteady did a fantastic job with the boss encounters of Batman: Arkham Asylum, but they were working with pieces of the puzzle like Killer Croc, Bane, and Poison Ivy. It’ll be interesting to see how they handle the likes of The Penguin, Two Face, Hugo Strange, and the others who will likely be revealed leading up to the launch of the game come this October.