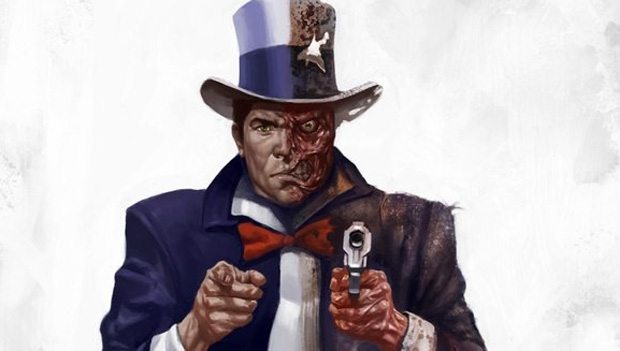 Batman Arkham City Screenshots are a rarity these days.  The follow up to the “best superhero game of all time”, has been quietly being developed by Rocksteady for over a year now.  And the media updates have been sparse to say the least.

Keeping with this trend, a couple of screenshots have been released from the game, as well as a couple of nice art pieces as well.  In the artwork two villains of Arkham City are showcased: Two Face & Hugo Strange.

The propoganda posters are suitable for framing if they were only big enough.  Batman Arkham City is set for a Fall 2011 release, but unfortunately no new details about the game were released with these images.