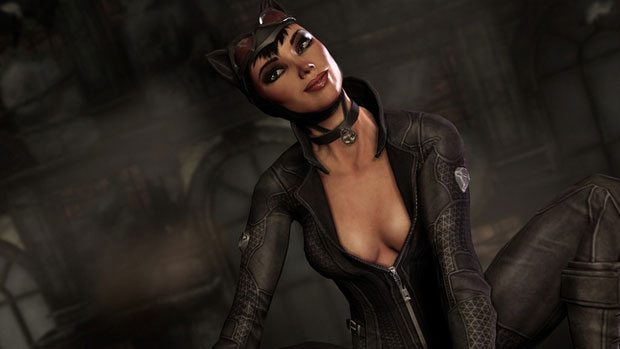 According to GameStop, Catwoman is getting her very own DLC for Batman: Arkham City.  The content pack will consist of four episodes, which was recently uncovered in a Batman: Arkham City strategy guide listing from the retailer.  Still unconfirmed by Rocksteady or Warner Bros, the content for Catwoman would fall in line with what Rocksteady has said to be their objective with the game:  keeping the focus on Batman.

If you like the insane combat of Batman in Arkham City, you’ll absolutely adore Catwoman’s pugilistic skills.  A quicker more nimble version of the Caped Crusader is a blast to play with, sacrificing some brute strength for more acrobatics, as we had ample opportunity to test her mettle at PAX Prime.

The strategy guide also touts a side mission walkthrough, in which “12 missions” are said to be unlockable, that can reveal “major characters” in the game.