Battlefield 3: Back to Karkand Releases on Xbox 360 and PC 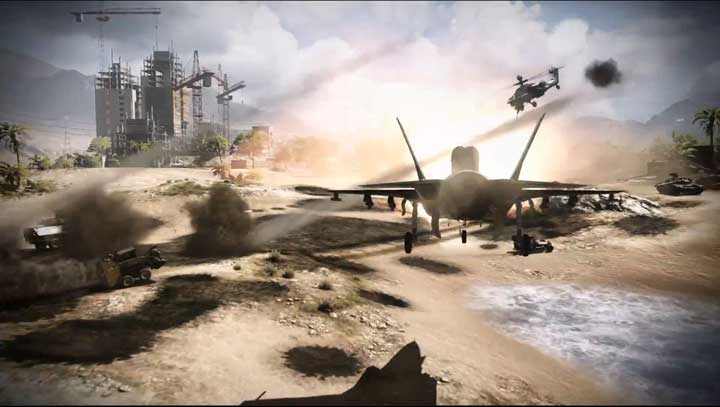 Between 4 – 5 am EST, Battlefield 3 servers on the PC and Xbox 360 will get a maintence call.  Likely in preparation for the Back to Karkand map pack which is also set to release tommorrow at some point.  DICE has also announced that the corresponding server updates will likely be around the same time that users will be able to access the new content.

On Xbox 360, players can expect to redeem codes and install the new content at around 4 am EST.  PC players with digital purchases will be able to acceess the content at 3 am EST.

The Back to Karkand expansion has been available on the PlayStation 3 for one week.  The update brings new maps into the multiplayer fray, as well as new weapons, vehicles, and other content that adds to the Battlefield 3 multiplayer experience.

Back to Karkand is free to all who purchased the Limited Edition of Battlefield 3 or pre-ordered the game at select retailers.  For those that don’t have a code included with their purchase, the content will run you $15.

Home / Game News / Battlefield 3: Back to Karkand Releases on Xbox 360 and PC