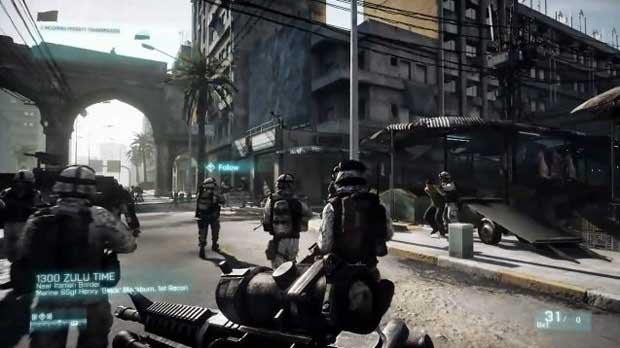 This week’s trailers may have been rendered on high end gaming PCs, but rest assured, Battlefield 3 will look good on Xbox 360 and PS3 as well. Gustav Tilleby of DICE, claimed in a recent interview, that Battlefield 3 will still have “groundbreaking visuals” on console as well as PC. Tilleby stated that it’s the Frostbite 2.0 engine which powers the game, that will make the gameplay on any platform “a step beyond our competitors” allowing the developer to “do more”.

The developer went on to explain that even on the Xbox 360 version of the machine, the game is going to look amazing because of the core technologies in place.

“We knew that people would think that this demo was running on PC, but the good thing is that it’s all based on streaming,” added executive producer Patrick Bach. “I can promise you that the console versions will still look amazing because of the core technology. If you have a 360, we want to use that machine to the maximum.”