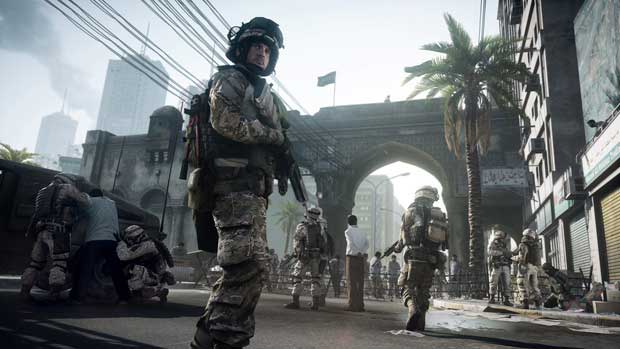 If you haven’t had the opportunity to check out the latest video trailers for Battlefield 3 you should definitely do so.  There you will see some incredible displays of physics and particle effects.  Since a large part of Battlefield 3 is played with squadmates, you’ll be glad to know that the game is using the FIFA animation engine for you AI team members.

In the most recent issue of the Official PlayStation Magazine, a DICE Animation Lead revealed that they are using the EA Sports engine.  It may sound odd that they chose the FIFA animation engine at first glance, but is it?  Actually it kind of makes sense.  FIFA has some of the most realistic animations in any game, they’ve recreated the sport immaculately, and as you can see by the footage below, whatever they are using is working.

Of course, DICE had to do some modifications to the animations to include some of the things that needed to be included for the First Person Shooter.  But the guts are the same.  There should be more videos coming down the line with a possible conclusion to the Fault Line Series scheduled to release on March 30th.