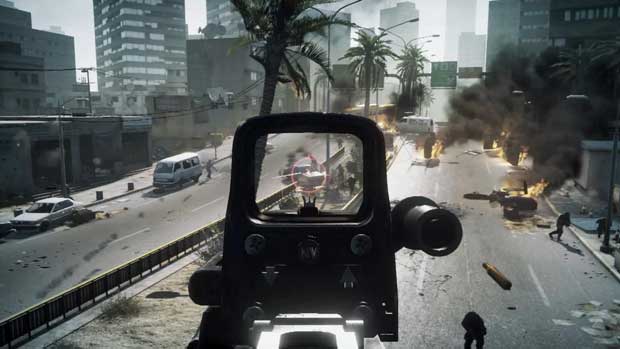 When Battlefield 3 launches this Fall, the game will hit store shelves with an in-box code to access four new maps. This four map pack will include four Battlefield Classics, known as the “Back to Karkland Content Pack”. Completely rebooted with the Frostbite Engine 2, the four maps have been revealed. The original Wake Island, Strike at Karkland, Gulf of Oman, and Sharqi Peninsula are the four maps that will be available at launch.

This news was relayed over on the Battlefield 3 forums just recently, by Daniel Matros, the community manager for DICE. The community also asked him whether or not more Battlefield retro maps would be coming to the game, but Matros declined comment on the subject.