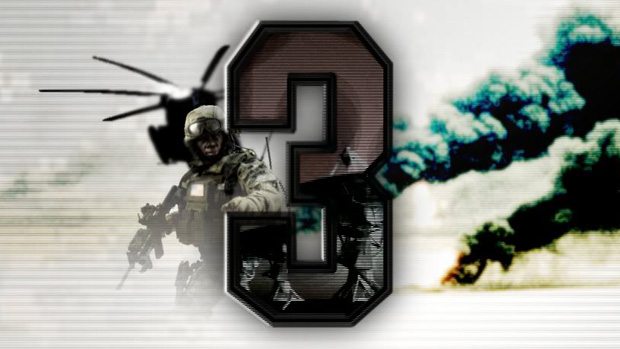 The table is set for a Fall battle between Battlefield 3 and Call of Duty Modern Warfare 3. Like it or not, there are huge rivalries in the video games industry. A hyper competitive space both on and off the virtual playing field, the first person shooter is the most coveted place to own the most popular game.  The two biggest publishers in our industry, both want the biggest piece of the pie and this Fall there should be fireworks when Battlefield 3 launches side by side with the next Call of Duty (which we’re assuming to be Modern Warfare 3).  They’ve never done it before.  They always launch on the other side of the calendar against Call of Duty, and now they’re taking them head on.

With the departures of key personnel at Infinity Ward last year, Call of Duty is doing it’s best to put on the impression that it’s business as usual with Sledgehammer at the helm for the next title.  And for the first time in 5 years you might have you first bonafide showdown between the two first person shooter kings.  At a time when games have been getting pushed into the reaches of the following year just to avoid launching at near or around Call of Duty, 2011 is shaping up differently.

Battlefield 3 is coming with innovation in 2011.  A brand new, state of the art Frostbite 2 engine will be leading the charge.  And if the first images and video tell you anything, it’s that Battlefield 3 is going to be a great looking game.  Battlefield gameplay has been notoriously and routinely very good over the years, and I would expect that Battlefield 3 would be a step forward rather than backward.  After all, DICE is one of them most talented and innovative developers in the world.

Karl Magnus Troedsson, GM for DICE sets the table for the fall showdown

“We are gearing up for a fight and we’re here to win,” said Karl Magnus Troedsson, General Manager, DICE. “Where other shooters are treading water Battlefield 3 innovates. Frostbite 2 is a game-changer for shooter fans. We call it a next-generation engine for current-generation platforms.”

“We wanted to create the most immersive and emotionally powerfulBattlefield game ever and we needed new technology to deliver on our vision,” said Patrick Bach, Executive Producer. “Battlefield 3 preserves the franchise’s signature sandbox style and even brings back classic fan favourites like jets, going prone and 64-player multiplayer on PC.”