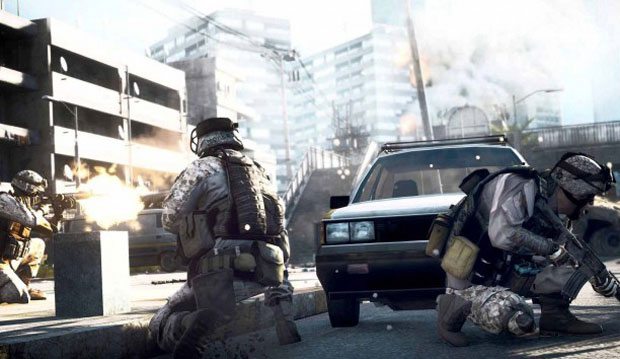 Battlefield 3 pre-order bonuses were announced today and they are a good reason to get your game ordered long before it releases this Fall.  For a limited time, the Battlefield 3 pre-order incentives are as follows.  For starters, you will get the Battlefield 3: Back to Karkland DLC at no extra charge.  It’s a themed multiplayer expansion pack that includes four maps from Battlefield 2, completely redone with the Frostbite 2 goodness.   You’ll also get access to the weapons and vehicles from Battlefield 2, as well as unique trophies/achievements, rewards, and more.

In Battlefield 3, players step into the role of the elite U.S. Marines. As the first boots on the ground, players will experience heart-pounding missions across diverse locations including Paris, Tehran and New York. As a U.S. Marine in the field, periods of tension and anticipation are punctuated by moments of complete chaos. As bullets whiz by, as walls crumble, as explosions force players to the ground, the battlefield feels more alive and interactive than ever before.

Pre-orders have begun at the Battlefield website, and as noted above, are only available for a limited time.