Battlefield 3 to be revealed at GDC ’11 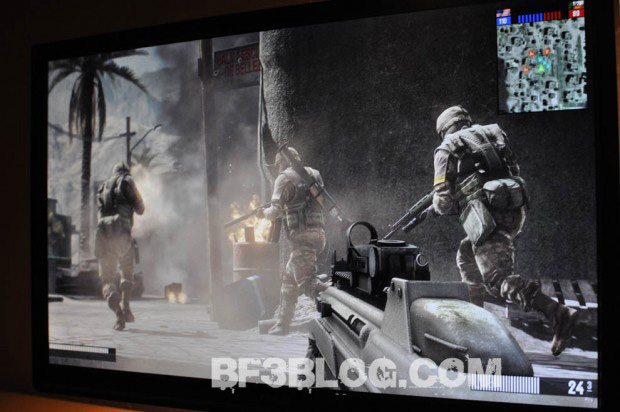 Battlefield 3 tech talks will be held at the Game Developers Conference in 2011.  The GDC organizers have recently detailed a list of sessions for the conference and Battlefield 3 makes the list in multiple locations.  Making GDC ’11 Battlefield 3’s coming out party.   The “SPU-based Deferred Shading in Battlefield 3 for PlayStation 3”, “Lighting You Up in Battlefield 3” and “The Failure Workshop” are among the listed discussions that will take place at the conference.  Hopefully we get some information for the fans before the conference but GDC is not that far into the horizon.

The 2011 Game Developers Conference will be held at the Moscone Center in San Francisco from February 28th to March 4th.  In the meantime we’ll just keep using this picture that may or may not be the first glimpse of Battlefield 3 to mark our Battlefield 3 posts.