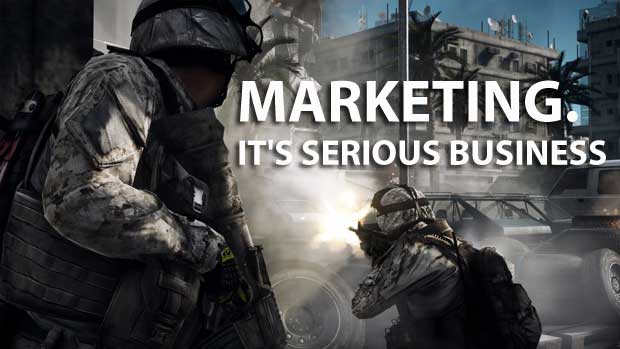 Ever since DICE revealed Battlefield 3 console footage from the PlayStation 3 last week, there has been a steady stream of feedback on the graphics of the game.  Some console enthusiasts have taken note of the fact that the graphics didn’t look nearly as clean as they did in the previous video releases that were obviously rendered on high powered gaming PCs.

Johan Andersson has been fielding questions on Twitter regarding the console footage, and it appears that the developer is truly surprised at the lack of knowledge from the console gaming community.  Johan recently reponded to a console gamer that voiced concerns about the Battlefield 3 PS3 gameplay footage and claimed that “some console gamers have really no idea what they are playing on or what a modern PC is capable of.”  While it’s probably true that the large majority of the gaming community is in the dark when it comes to the nuances of game development and graphics capabilities across all available platforms, it’s obvious that Battlefield 3’s first console showing put doubts in some gamer’s heads about the game.

@xtremechaos1 why would anyone expect that console would look the same as PC? if that was the case we would have failed with the PC version

I’ve owned versions of various Battlefield games over the years, and it’s traditionally a series that really puts its best foot forward on the PC.  Being that the franchise got it’s start there,  the game already has a very large community of gamers playing any number of Battlefield games from the franchise, and those fans can’t wait to play the game in ALL of it’s glory come October.  There’s no doubt that Battlefield 3 will look great on all platforms, but the truly groundbreaking improvements to the Frostbite 2 Engine are going to be best experienced on the PC.  I don’t think anyone can contest that at this point.

The problem for DICE and EA is that they picked a fight with a game that is developed for consoles.  The Call of Duty franchise is widely regarded as optimized for the console, and because of it, there’s a what you see is what you get factor when it comes to what Activision has been showing to both the press and consumers up until this point.  Since it’s first showing of Battlefield 3, EA has adamantly been announcing to the gaming world that Battlefield 3 will dethrone the most popular game on home consoles.  All the while showing console gamers something that they won’t be playing.  The fact of the matter is, Battlefield 3 will best be played on a PC that can actually handle all of the features that the Frostbite 2 engine can provide.  While the game they are competing with has its sights set squarely on console gamers, and will ship a game that is likely optimized to run best on said consoles, with little to no differentiating features across all available platforms.

EA probably should have worked backwards from how they showed off Battlefield 3 to the world.  If they were looking to impress console gamers enough to make them jump ship from Call of Duty to the Battlefield franchise, they should have showed console footage first.  Lets be honest here, the PS3 footage that was shown on Fallon looked amazing, and three months ago, if that was shown to the world it would have gotten just as much hype as the PC footage.  The problem isn’t that the game doesn’t look great on consoles, it’s just that EA and DICE have set the bar so high by showing off PC footage first. It would have been a much easier transition to work  their way up the quality scale, rather than down.   The end result is not just that “console gamers have no idea what they are playing” , it’s that they are being shown one thing, and sold another.