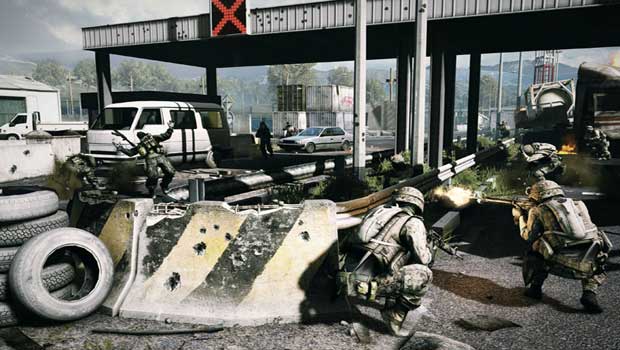 Battlefield 3 won big at this year’s Gamescom Convention.  The game took home the tile of “Best at Gamescom” with its reveal of 64 player conquest mode and cooperative play.  DICE featured a new map at the convention called the Caspian Border which showcased just what their upcoming shooter is capable of with a trailer packed full of the different vehicles in the game.

With more reveals to come in the coming months, Battlefield 3 is picking up steam heading into its October release window.  Next stop for the Battlefield marketing machine will be PAX Prime.  The game has already racked up a pile of awards at E3 and now Gamescom.  Though you have to wonder if the team has any other tricks up their sleeve for the Seattle Convention that celebrates all things gaming.

We’ll be on hand at PAX Prime to bring you the latest developments out of Seattle next week.