Battlefield 4 free of online pass, what is the world coming to?

The latest news in the world of video games at Attack of the Fanboy
May 19th, 2013 by William Schwartz 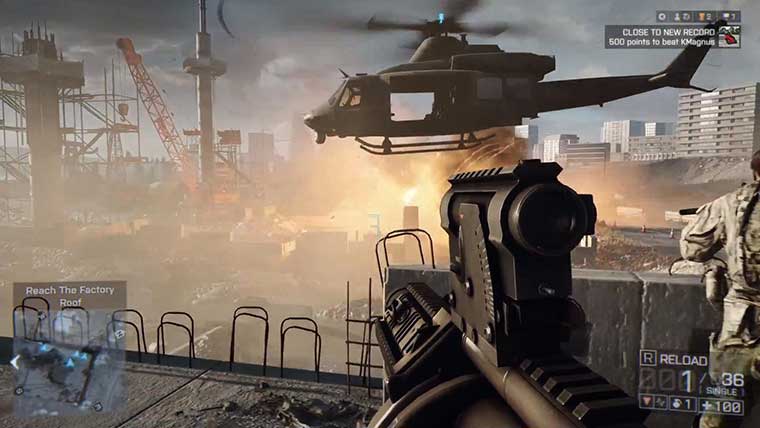 It wasn’t just EA’s large lineup of popular sports titles that saw the inclusion of online passes. It was almost every game published by EA, including DICE’s Battlefield series. With EA recently announcing that they would be stopping their online pass program, this leaves Battlefield 4 free of the online passes we’ve seen over the last few games in the franchise.

So why did they do it? Apparently the program wasn’t popular with consumers, according to the recent announcement from EA. The company said it was an explicit reaction to consumers dislike of the program, it certainly did take them a while to get the message. Though some recent speculation from Rus McLaughlin at Venture Beat suggests that EA may not need to have online passes in the next generation, as Sony and Microsoft might be handling the dirty work for them with their new PlayStation 4 and Xbox 720 hardware.

McLaughlin spoke with EA’s Vice President of Communications, Jeff Brown. Brown didn’t allude to whether or not the next-gen consoles would have some sort of used game blocking incorporated out of the box, but its certainly sounds like a possibility.

Then on the other hand, it could just be that EA wasn’t making enough money from the program to actually justify the massive amounts of bad press that it generated. It seems to be one of the topics that no one is really clear on right now. Back in February, Sony’s Shuhei Yoshida told media that the PS4 would not block used games, nor would it have an always online requirement. Just days later, another Sony representative said that this wasn’t set in stone.

As for Microsoft, there has been very little official talk about their next gen console. Up until now, it’s been all rumors and speculation. With a next-gen Xbox reveal slated for Tuesday May 21st, we’ll finally start getting some official details from Microsoft themselves. Though I wouldn’t count on this promotional event dropping a bomb like this.

It’s hard to tell what EA’s motive here is with their removal of the online pass. They are a for profit company, and the system was one that was implemented to recoup some of the paper losses created by used game sales. Did the math just not add up, or is something else afoot?

Home / Game News / Battlefield 4 free of online pass, what is the world coming to?