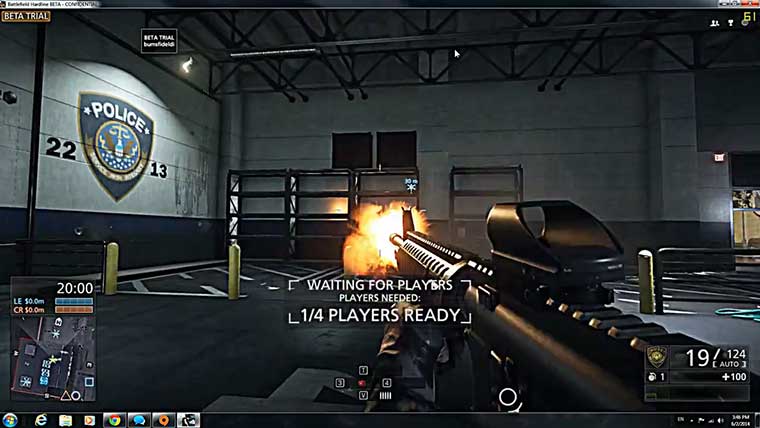 Battlefield: Hardline is apparently in beta, and YouTuber Freddy Dancer has uploaded a gameplay video of the Blood Money gamemode.

The Battlefield: Hardline Beta Gameplay is on the PC version, and uses Origin and Battlelog like Battlefield 4. The game definitely has a distinct look for itself, but has a lot of similarities to DICE’s Battlefield 4.

The class system is displayed briefly, but the gameplay mostly delves into toying around with the multitude of weapons in the police compound. These include squad cars, motorcycles, choppers and other vehicles.

It’s nice to see that Visceral is starting a beta for the game this early ahead of release, the last thing this game needs is a situation where it launches with problems similar to Battlefield 4.

With this being the first gameplay of the game, the YouTube channel that uploaded the video has gotten a swarm of comments, mostly negative. Many Battlefield fans are voicing their disgust with both the condition of Battlefield 4, and the fact that Hardline looks like it could be an expansion to it.