Battlefield: Hardline Is So Similar To BF4 It Even Has The Same Bugs

The latest news in the world of video games at Attack of the Fanboy
June 24th, 2014 by Kyle Hanson 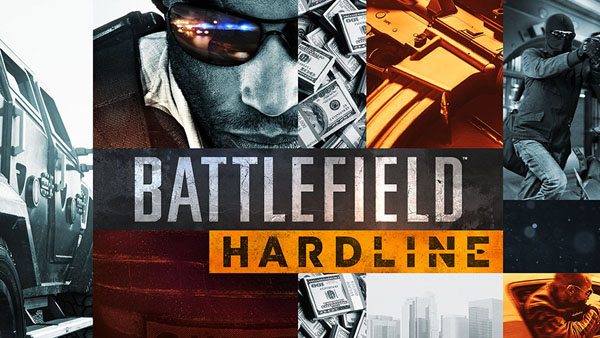 The launch of Battlefield 4 is notorious for the amount of bugs and glitches that accompanied it. One of those bugs that I encountered was that the game cannot run in full screen while a remote desktop program called TeamViewer is running in the background. It took me a while to figure out that this was the cause, I ran the game in windowed or borderless mode for a week while I did research. Finally I found out it was a known issue that required you to shut the program down, EA and DICE had not issued a fix.

When I started messing around with the Battlefield: Hardline beta I figured I’d see if this known issue was resolved in the supposed three years of development that this game had undergone. Unfortunately, it had not. This bug, which was present the moment Battlefield 4 launched, had not only went unfixed in that game, but actually carried over into this new entry in the series.

To make sure I wasn’t missing anything I performed the same test for both games, some of which were redone for the video below. I wanted to verify that Battlefield 4 still presented the issue, and that Battlefield: Hardline acted the same way. I had instinctively turned TeamViewer off before starting Battlefield 4, and it ran perfectly in full screen. So, I shut the game down and turned TeamViewer back on. As soon as I loaded Battlefield 4 again it showed the same symptoms as always, the game wouldn’t go full screen, it simply showed a glitchy windowed box instead.

With that verified I moved on to Battlefield: Hardline. I loaded up the game in windowed mode, with TeamViewer on. As soon as I switched the settings to full screen I saw the same familiar glitchy, black box as always. Once I turned TeamViewer off the game was able to full screen as normal. To be fair, the game is in beta, so bugs are expected, but I thought the bugs would be with the new additions that Visceral had made, not the same ones that the last game had ignored for so long.

Just to be 100% clear, this is not an issue with the TeamViewer program. No other game that I play on this same PC has a problem with the program. I keep it running 24/7 unless I am going to play Battlefield 4. I guess I’ll have to add one more game to that list now.

Admittedly, this is a smaller bug in the grand scheme of things. It probably affects a minority of the player population, and can be pretty easily remedied by shutting down the program. However, considering larger issues like killcam glitches, starting the game with no audio or weapon, and network lag are still ever-present within Battlefield 4 the fact that this bug persists is extremely troubling.

It is possible that many of these issues are inherent to the base Frostbite 3 engine, rather than something wrong with Battlefield 4 itself. Finding out that the issue that had plagued me for so long will continue into Battlefield: Hardline has caused almost all hope of a more stable experience to be lost. Of course, we’ll have to wait till Battlefield: Hardline officially launches in October for PS3, PS4, Xbox 360, Xbox One, and PC to see what has been fixed, and what has been carried over. If this bug is anything to go by though, it is not looking too promising.

Home / Game News / Battlefield: Hardline Is So Similar To BF4 It Even Has The Same Bugs