BioWare Wants You to Watch 13 Minutes of Star Wars: The Old Republic Gameplay 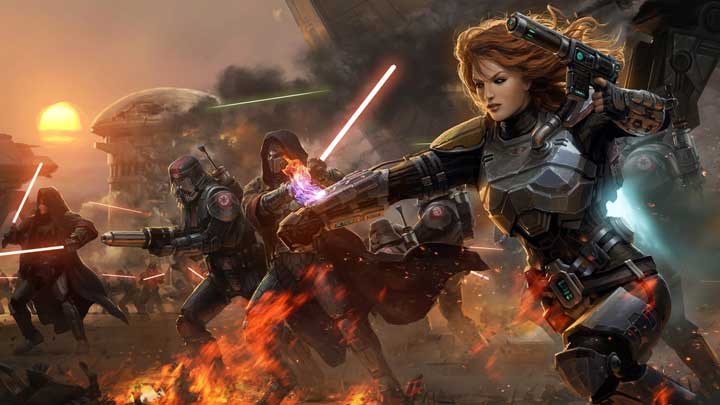 If you’re already a fan of the Star Wars universe, then chances are you don’t need any extra help getting excited for Star Wars: The Old Republic, so consider this 13 minute video as something to hold you over until the game finally releases later this year.

The video follows a group of players during the Esseles flashpoint mission,  which your character will be able to experience after you leave your origin world around level 9. While on route to Coruscant, your transport is attacked by an Imperial Battlecruiser and you’ll have to fight your way to the bridge to support those who are under fire. The dialogue system and combat mechanics that were so well received in Star Wars: Knights of the Old Republic are back in SWTOR and they’ve clearly been refined and improved upon.

The video demonstrates that success in the game will rely heavily on how well you and your squadmates can communicate and work together. You’ll also be able to see how BioWare has included that “moral” aspect that they’ve employed so well in their previous games, and how it will affect your Light/Dark side progress. Make too many decisions like the one featured in the video and you may find yourself putting posters up around Tatooine like the one featured above. If monotonous physical labor isn’t enough to get you to make the honorable decision, then you truly were born for the Dark side.