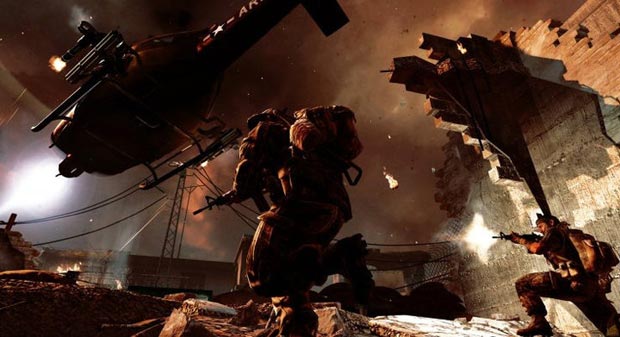 Josh Olin recently reiterated the company’s stance on the PlayStation 3 version of Call of Duty Black Ops.  Black Ops is one of the best selling games of all time, but that doesn’t stop a large portion of Sony fans complaining that their version of the game is inferior to the Xbox 360 version.  The developer states that they are trying “to ensure that every fan is happy”.

In the recent interview with Video Gamer, Olin said “The PS3 and PC issues are not exclusive to the PS3 and PC – the Xbox 360 has had its own fair share of issues.  Every platform has issues”.  “It’s unfortunate that those bugs have to exist at all. In an ideal world we would love to ship a completely bug proof game. I can’t think of a single developer in the world, though, that could achieve that.”

“There’s hundreds of thousands if not millions of players on the PS3 who have absolutely perfect, pristine experiences.  I talk to them everyday.  I see @ replies to me on twitter all the time from people going ‘I don’t know what people are complaining about.  The game is perfect for me!’  So they do exist.  I know that doesn’t make the people who are experiencing problems feel any better, but it should put it into perspective.  If you look at the population size of the Call of Duty franchise, just a single hour of gameplay collectively after the game’s been out, you add up all the man hours that all the fans put into it, that’s more time that you could put into QA in a lifetime. ”  “The sheer number of people playing is staggering, and they hit buttons and they hit glitches and walls in such weird, strange ways that we could never predict or think of.”

Eventhough Olin seemingly defended the recent release, he did state that the development team would continue to try and curb any future problems and try to fix some of the existing issues that some players are having.  Claiming that “Even if the bug is only hurting a hundred fans, if we can find the cause we’ll patch it,”.