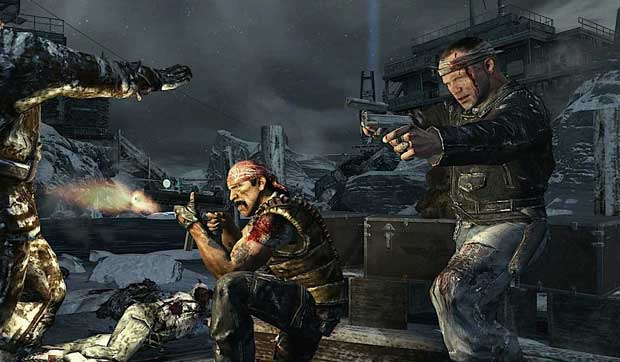 Treyarch has finally taken the wraps off of “Call of the Dead”, the new zombies mode in the upcoming Call of Duty: Black Ops Escalation DLC.  Call of the Dead is set to be an homage to the legendary horror filmmaker George A. Romero.  The game will feature some hollywood talent who worked on the game which includes Sarah Michelle Gellar, Robert Englund, Michael Rooker, and Danny Trejo.

The first gameplay footage of “Call of the Dead” can be found in the trailer below. The zombies map will be bundled into the Escalation DLC which will be available on May 3rd.  Where the full package will include four multiplayer maps as well as the grind-house inspired new take on the popular zombies mode.  The DLC should cost the now traditional 1200 Microsot Points.