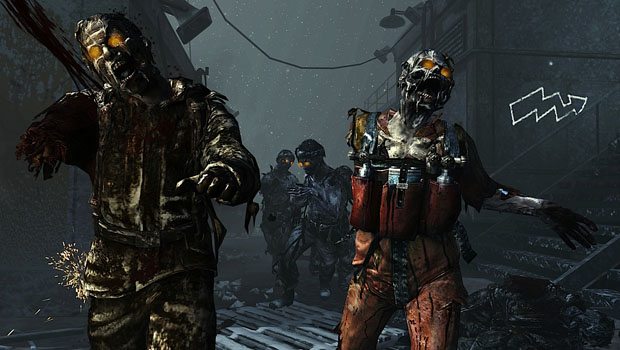 Treyarch has been tight lipped about the details of the zombies portion of the Call of Duty: Black Ops Escalation DLC map pack.  Though a recent discovery on the IMDB website might give us some of those details we’ve been craving about what to expect from the zombies mode in the game.  The IMDB entry was submitted to us by a regular reader of the site and it seems to be pretty legitimate to a point.

On the IMDB website, there is a listing for Call of the Dead, a video game slated for 2011.  The Plot summary is as detailed:

A shipwrecked crew of fearless explorers are hopelessly stranded in a remote abandoned Siberian outpost. Their dream of discovering the true origins of the mysterious Element 115 unravels into a Hellish nightmare hosted by hordes of ravenous Zombies. Written by Anonymous

It’s anchors away for mayhem! In this epic tale of survival inspired by legendary writer and director George A. Romero, a group of four fearless explorers fight for their lives amidst an army of bloodthirsty Russian zombies. The story begins with our heroes stranded in the frozen wastelands of a forgotten Siberian outpost. On the hunt for the origins of the enigmatic Element 115, they head for the site of an ancient meteorite impact crater but their ship mysteriously runs aground. In the midst of a horrific snowstorm, our intrepid adventurers inadvertently unleash an unearthly horde of ravenous Zombies. From the island’s deserted lighthouse to a shipwrecked ocean liner and a precarious zip-line in between, it’s kill or be killed. And with shiploads of zombie Russian soldiers, scuba divers and sailors that rise out of the frozen ground and icy waters it’s not going to be easy, especially considering the deadly surprise that one particular (and somewhat notable) Zombie has in mind. Written by Anonymous

There’s one big hole in this story though.  “Written by Anonymous”.  It could be that someone has gone to the lengths of crafting a completely legitimate sounding plotline for the zombies mode only to get us worked up into a frenzy.  It could just be another zombies game called “Call of the Dead”,  or it could  be the first info we’ve all been waiting for, who knows.  The IMBD entry also details Hollywood heavy hitters like Danny Trejo, Robert Englund, Michael Rooker, and George A. Romero as having worked on the project.  So unless the whole zombies thing is spinning off into a full fledged franchise of its own that’s a lot of big name talent to be coming to the table for the work of a one level map pack.  So take this new info with a grain of salt and thanks to Gary for the tip.