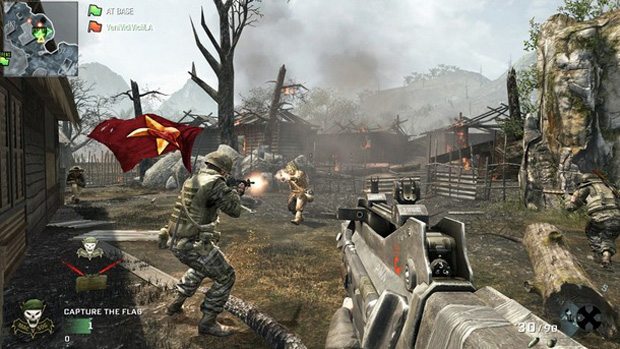 A much needed update v1.06 has hit the Call of Duty Black Ops servers on the PS3.  The game has been a target of criticism by PS3 owners, due to some problems that “other versions aren’t having.  Basically connection issues and frame rate issues have plagued the game on the PS3 since November.  Early indications from the Black Ops PS3 community is that the patch has fixed a number of issues for many players.

But of course there are quite a few players that are still claiming that they have issues that persist. Claiming that the frame rate lag is still terrible and hard freezes are still occurring for some users forcing them to do full reboot of their PS3.

So has Call of Duty Black Ops been fixed on the PS3?  Well I guess that depends on who you are.  Some people, claim the game to be running “smooth as butter” others not so much.  How has your Black Ops experience changed since the implementation of patch v1.06 ? Let us know in the comments section below.

Here’s a full rundown of the fixes as well:

Issues Fixed:
Fixed freeze associated with larger games.
Improved reliability of players connections to one another.
Improved ability to bring parties to the game lobby. Late party joiners would try to connect to previous lobby host and be denied if new joiners trigger a lobby hostmigration.
Addressed an issue where the Host encounters and infinite spinning loading circle after a Host migration.
Fixed a timing specific, long/infinite loading screen when joining games (sometimes giving you “Error – Read error (0×80010713) on file <map name>”).
Fixed a timing-specific freeze when host powered down during host migration.
Cleaned up the map search filter in the Community section (deleted unused entries).
Fixed Combat Training’s “USE FRIENDS” option for bots names.
Fixed issue with split-screen guest profile names being blank, resulting in matches never launching.
Instead of showing the generic “Player” for offline profiles in LAN, we now display the PS3 profile name.
Fixed Friends list appearing after viewing a Friends Playercard from the Leaderboards.
Fixed filter so players can now view Friends on Zombies leadboards.
Fix timing specific issue where the game can be put into slow motion.
Addressed “disconnected path” error when using the doors in Radiation after a host migration.
Fixed stability issues navigating lobbies after client on Split Screen Zombies quits out of a game.
Addressed issue/exploit when removing Counter Spy Plane effects with the Jammer.
Fixed a freeze when quickly loading maps one after another in private match.
Fixed issue where players get primary weapons in Second Chance.
Fixed “NEW” stamp not disappearing for Custom Slot 9 when highlighting the slot.
Removed water vision effect when respawning after dying in the acid pool in Radiation.
Several contract fixes.

Gameplay Tweaks:
Second Chance – players that put an enemy into Second Chance are now credited for a full kill once that enemy dies. If another player kills the enemy while the enemy is in Second Chance, they will get assist credit.
Adjustments to the PSG1 with attachments.
AK74U adjustments.
RCXD adjustments.
Silenced sniper rifle adjustments.
Removed hit markers when shooting friendly equipment.