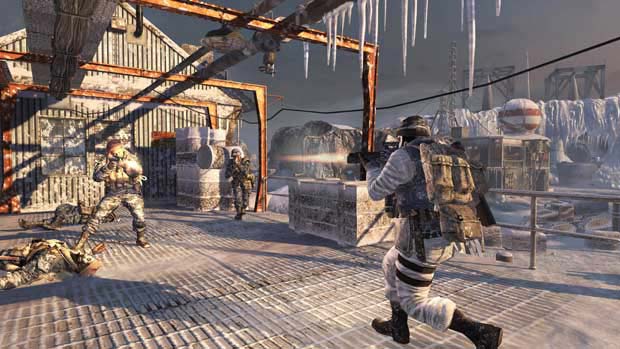 In little less than a month PS3 gamers will get their hands on Call of Duty Black Ops first DLC package “First Strike”.  The downloadable pack will give PS3 gamers their first cracks at four all new maps for the multiplayer component of the game, and one new zombies map.  We’ve had our time with the map pack and have put our stamp of approval on it in the time we spent with the maps on the Xbox 360.  You can read our review of that here.

What you will be getting for your $15.00?  The four multiplayer maps: Kowloon, Berlin Wall, Discovery, and Stadium.  Alongside the all new Zombie map Ascension.  Official word on the PC release for the map pack is “sometime in April”.  This downloadable content comes approximately one month after initially launched on the Xbox 360 earlier in February.