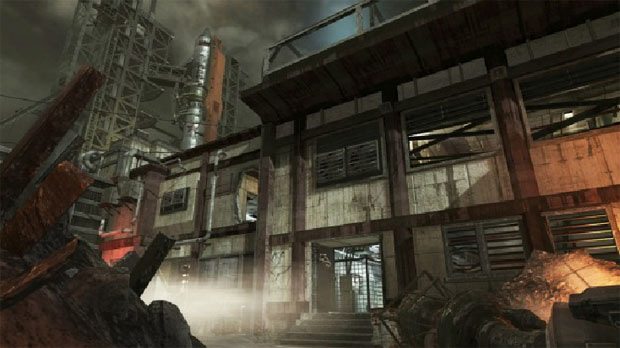 Call of Duty: Black Ops Zombies is a great time and in the upcoming First Strike Map Pack due out February 1st it’s been announced that a new Zombie map would be included alongside the multiplayer fare.  Ascension, as mentioned in the recent video detailing the map pack, is the only Zombie map coming with the pack and IGN UK just spilled the beans on the new level, new perks, and  new enemies included.

Set in an abandoned Soviet cosmodrome the standard four players will be fighting for their lives again: Takeo, Dempsey, Nikolai, and Rictoffen.  Sorry no presidents in this one.  The article reveals that Space Monkeys will be one of the new enemies in the mode, and get this, he steals your perks.  BAD MONKEY!  New Perks will also be included in the map.  The two new ones are called Stamin-up and PhD Flopper.  There wasn’t a write up on what the new perks actually do, but something to do with Stamina I suppose and Healing?  Your guess is as good as mine.  Last but not least, there are new weapons as well.  The “Gersh Device”  aka “The Black Hole Bomb”  and Matryoshka Dolls sounds like two oddball super weapons to me.

First Strike Map Pack will be available on February 1st exclusively on Xbox 360.