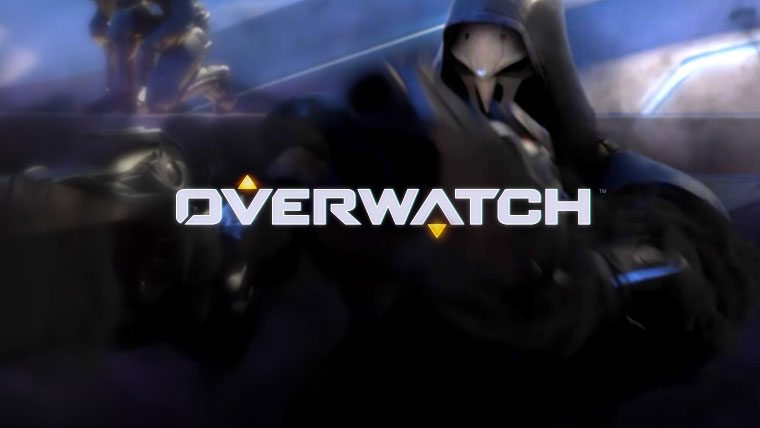 Chris Metzen revealed Overwatch today at Blizzcon 2014.  In a Pixar-like animated trailer, convention goers got a first glimpse at Blizzard’s next big game, the public reveal for the new title.

The first trailer (below) did not include any gameplay for the upcoming title, but details were delivered by Jeff Kaplan Director for Overwatch.

Kaplan revealed Overwatch as a team-based multiplayer shooter.  Judging by the second trailer, a gameplay trailer (below), Overwatch is a class based shooter where each character has unique abilities, with a cartoon art style similar to that found in Team Fortress 2.

A Beta for Overwatch is coming in 2015 — sign up for the beta at PlayOverwatch.com

Update: Blizzard has issued an official Press Release announcing Overwatch, details included can be found below.

The action of Overwatch takes place in a technologically advanced, highly stylized future earth. In a time of global crisis, an international task force of soldiers, scientists, adventurers, and oddities known as Overwatch had come together to restore peace to a war-torn world. After many years, the group’s influence waned, and it was eventually disbanded. Overwatch might be gone now . . . but the world still needs heroes.

With an emphasis on accessibility and pure fun, Overwatch brings Blizzard’s signature easy-to-learn, hard-to-master gameplay to the FPS genre. Harnessing the power of their hero of choice, players will join forces in teams of six and battle each other across a range of futuristic global locations, from the hologram-lit streets of London to a bazaar in the shadows of a high-tech Egyptian pyramid. Every battlefield is iconic and built to highlight each character’s unique abilities, and fights can shift from streets to rooftops to open skies within the span of a breath.

“Overwatch is our take on a vibrant, near-future universe with amped-up characters and action-packed team-based gameplay,” said Mike Morhaime, CEO and cofounder of Blizzard Entertainment. “With every new Blizzard game, we look at our favorite aspects of a genre and put our own spin on things. Our goal with Overwatch is to create an awesome FPS experience that’s more accessible to a much wider audience while delivering the action and depth that shooter fans love.”

The heroes of Overwatch each bring their own distinct weapons and superabilities to bear. Here’s just a glimpse of the numerous heroes that will ultimately fill Overwatch’s rosters:

Tracer, a former British test pilot who shrugs at danger, can execute impossible acrobatic assaults thanks to her ability to teleport, drop energy bombs, and even reverse time.
Reinhardt, a hulking German soldier in battle armor, can charge great distances and pin his enemies to a wall or slam the ground with his rocket hammer to knock them off their feet.
Hanzo, a bow-wielding Japanese mercenary, has the ability to scale walls with his bare hands, fire off a tracking device that illuminates nearby enemies for his team, and unleash a huge spirit dragon that does grievous damage to all enemies in its path.
Symmetra, an Indian architech, manipulates light and energy to shield her allies and damage her enemies—and she can turn the tide of any battle by building a device that instantly transports her teammates to the front lines.
While each hero represents a formidable force on their own, players can amplify their potential by assembling into a well-balanced team and creatively combining powers. No matter which hero or playstyle they prefer, players will be able to team up and accomplish the incredible in Overwatch.