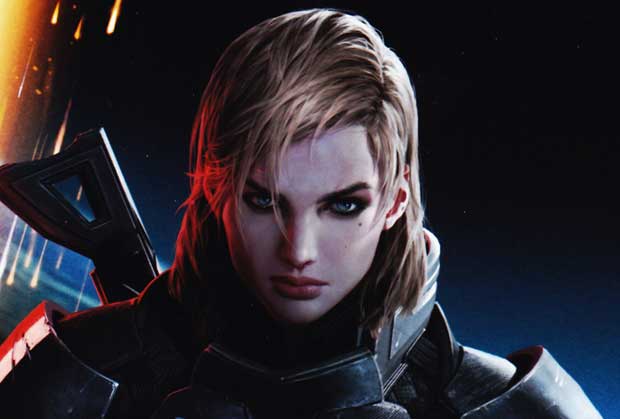 It’s official. The population of Mass Effect gamers (clearly, mostly male) have spoken and their universe-saving, ass-kicking heroine of choice is, well…blonde. The marketing campaign that BioWare has endowed upon fans, which has allowed gamers themselves to vote for one out of a possible six versions of FemShep on the developer’s Facebook page, has recently ended and model 5, aka “The Blonde”, is now guaranteed her own trailer as well as a spot on  the cover of the Mass Effect 3 Collector’s Edition.

Who could have guessed that this unconventional marketing strategy would create an unsatisfactory reaction from certain people interested in the physical characteristics that will be attributed to Female Shepard? (I say that with biting sarcasm) A number of writers, fans, and other members of the gaming industry have already expressed their displeasure.

Holly Conrad, creative director at CrabCat Industries, who was directly involved involved in the competition, stated how she was disappointed in the results by tweeting, “The popular girls even win in Mass Effect. #whyblondeshepwhy.”

Kim Richards similarly expressed her dissatisfaction through a blunt editorial featured in PC Gamer titled, “Death to Blonde Shepard.” She says, “it breaks my heart that the mass public have gone for such the wishy washy, Barbie faced personality vacuum that is Shep 5. The modern day world is already so much more culturally diverse than yester-year, so why don’t future representations reflect this? Isn’t it about time that the cliché of a blonde-haired, blue-eyed pin-up was fazed out?” Richards then concludes her lambasting with, “Please, boys and girls, I implore you. Don’t vote for Number 5. Vote for diversity. Vote for originality. Vote for personality. For the love of god, vote for someone I can proudly place on the first page of my Filofax.”

I would find it hard to believe that BioWare didn’t see this type of reaction coming. Although, it looks as if people are getting pissed over who won rather than the manner in which they were chosen, which I find rather odd. After all, it’s the contest itself that should have gotten people riled up, not the end result of it. I applaud BioWare for choosing boxart in a non-traditional way and for getting fans involved in a process which generally does not call for fan approval. But any contest when voted on solely based on the outwardly appearance and attributes of a woman is going to teeter on the edge of sexism, especially when that contest is for the promotion of an industry that is often labeled as misogynistic. In reality, it was a lose-lose situation for BioWare. Either they release a default FemShep without the consent of fans and get criticized for it, or create a fan voting scenario in which they get criticized for the poll itself or the model who won, such is the case.

In my opinion, too much emphasis in general has been placed on the default FemShep’s appearance. People tend to ignore one of the most basic and essential aspects of what has made the Mass Effect trilogy so appealing to such a wide demographic of gamers – the element of customization. Regardless of who or what is on the game’s cover and even if you have already thrown money down on the Collector’s Edition of Mass Effect 3, players can easily choose to ignore FemShep entirely by tossing that boxart underneath their bed and continuing their customization of Shepard as normal. Even if you despise that cliched aesthetic blondness that model 5 embodies, it ultimately doesn’t affect the gameplay in the slightest, so let’s not make a big hoopla out of this.

Besides, even if model 5 looks better suited for a cocktail dress and high heels rather than Shepard’s famous N7 body armor, she at the very least bears a resemblance to Aya Brea, the heroine of the Parasite Eve series who withstood the wrath of Mitochondria Eve and eventually brought her down. I think we obviously owe the new FemShep a little latitude. 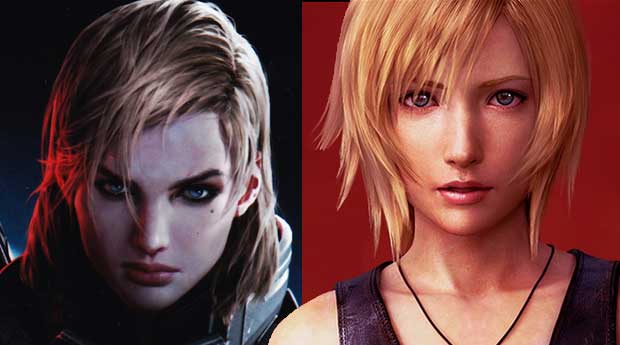 Come on now, they both have the same “Yeah I’m blonde but I’m still going to beat the s**t out of you” look and everything.