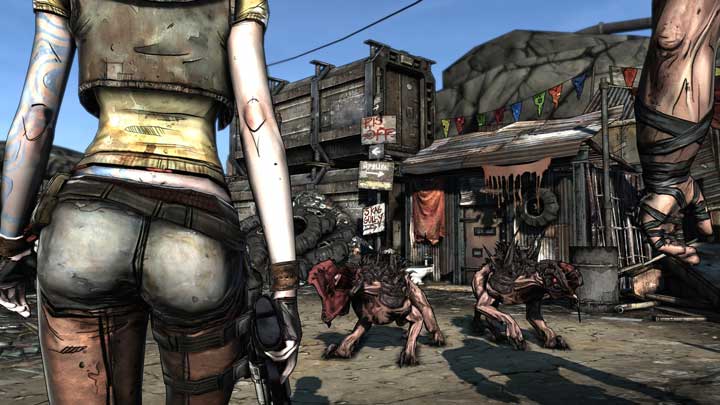 Gearbox Software may have it’s hands full with Duke Nukem Forever at the moment, it appears they’re also developing Borderlands 2.  The leak comes from an online resume that was recently found and outed for the world to see by supererogatory.  The resume which was found claims that a freelance artist by the name of James Mosingois recently worked on the title with Gearbox.

After the news leaked yesterday, the CV has been updated to remove any references to Borderlands 2.  Before the corrections, it stated that Mosingois worked on user interface concepts for the as of yet unannounced title.  Randy Pitchford has since been contacted about the rumor, and the boss of Gearbox claims that the rumors are false.  Stating that “no such titles exist” according to our source.

Keep in mind this is also a man that will look dead into a camera and tell you Duke Nukem Forever is a real game.  So we’ll still chalk this one up as a rumor for now.  The CEO did elaborate on what the resume may be however, attributing the credits on the resume to freelance work done in Borderlands during post production of one of the game’s many expansions.

If this turns out true, this is great news for Borderlands fans, the game was a bright spot in 2009 as a surprise hit from Gearbox that not many saw coming.  Constantly supported by DLC updates, the game was a great cooperative experience that is definitely worthy of a sequel.  I guess the only people this news is bad for, are the people whose job it is to keep this sort of thing under wraps.