Call of Duty: Advanced Warfare will include Zombies according to video [Updated]

The latest news in the world of video games at Attack of the Fanboy
October 30th, 2014 by William Schwartz 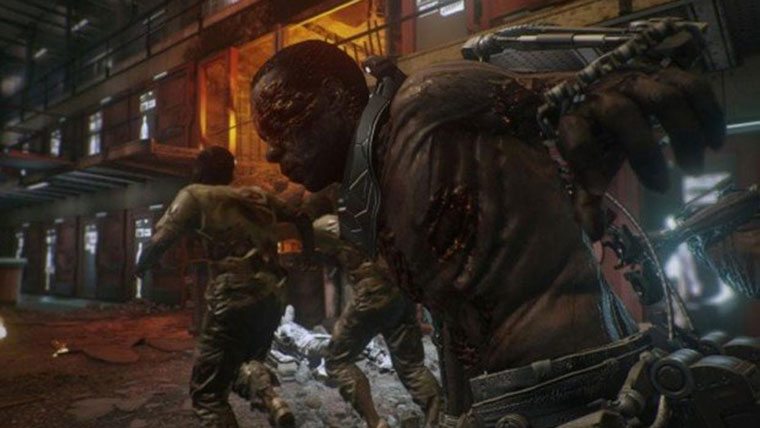 Leaked copies of Call of Duty: Advanced Warfare are indeed out in the wild just days from launch, and today, those with access to the game have leaked a possible Zombie invasion for the upcoming shooter.  Whether it’s a full fledged mode in itself, or an unlockable extra for the Exo-Survivor Mode is still up for debate, but the video below definitely reveals some sort of Zombie related content for the game.

Rumors have been swirling about the possible zombie inclusion for a few days now,  but these new videos all but confirm its existence.  As you can see in the video, the zombies are outfitted with Exo-suits themselves, and have the ability to leap and move around very quickly.

Does Sledgehammer Games have a fourth mode in Call of Duty waiting to be unlocked on Day Zero?  Is it a sign of DLC to come? Or is this just a single wave of zombies as a reward?  We’ll have to wait and see, but not for very long.  Call of Duty: Advanced Warfare is slated for release as early as Sunday evening in some time zones.

Retailers will begin selling the game nationwide at 12:00AM Eastern (at least at Best Buy and Gamestop), regardless of where you live.

Update: While videos that surfaced earlier have been removed by Activision from sites like YouTube, Sledgehammer Games developer Glen Schofield has seemingly confirmed the news on Twitter. “Nothing I can do about it now. But yeah it sucks. Imagine you’re playing and this comes up — you’d be psyched up, right?”

Home / Game News / Call of Duty: Advanced Warfare will include Zombies according to video [Updated]