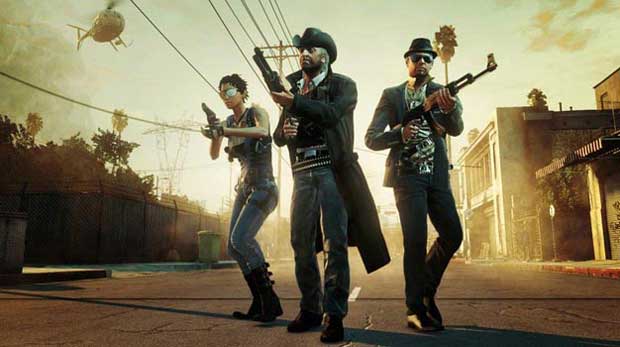 The task force consists of Kim Evans, a gang-affiliated street kid-turned-FBI agent, Eddie Guerra, a DEA agent with a chronic gambling habit and brutal LAPD detective and descendant of Ray McCall from the original Call of Juarez, Ben McCall.  As the task force trio searches for the head of the cartel, they’re confronted with a variety of challenges that take them on a road trip from Los Angeles, California, through Arizona and New Mexico to Juarez, Mexico. To complicate things further, Kim, Eddie and Ben each have their own personal challenges and demons to face, which makes for a complex and high-adrenaline gaming experience.

Call of Juarez: The Cartel features an extensive campaign, with more than fifteen missions and unique maps with a wide variety of gameplay. There are more than thirty guns and weapons available to choose from in the game. Gamers can play the entire campaign as each of the three characters, with each character offering his or her own unique story and ending. However, players can take their game online for three player co-operative gameplay with Kim Evans, Eddie Guerra and Ben McCall.

Call of Juarez: The Cartel Xbox
We're Looking For Contributors