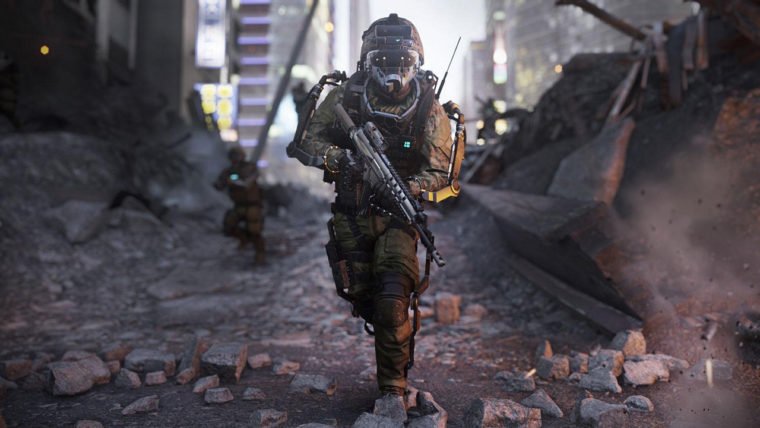 Call of Duty: Advanced Warfare continues revealing the many ways it is changing up the Call of Duty formula. The latest is the revelation that there will be a loot system built into the game, offering randomized rewards for gameplay performance. The system uses something called Supply Drops, which offer players random items for playing through the campaign, co-op, or multiplayer modes.

As Sledgehammer’s Michael Condrey says in the video, Supply Drops are a new addition to the Call of Duty franchise, adding loot on top of the XP-based backbone of the series. The Supply Drops will be given to players for time played and by completing in-game challenges. Over a thousand individual items can be earned through gaining Supply Drops. These items will include weapons, character gear, and reinforcements. All one thousand items will fit into three categories of rarity, called enlisted, professional, and elite.

The weapons earned through Supply Drops will both look different, and offer altered stats to players on top of the vast variety offered in the regular unlock structure. Using this system Call of Duty: Advanced Warfare will offer nearly 350 custom weapons to players. Character gear offers players a chance to customize their multiplayer character using tons of aesthetic items like helmets, armor, and Evos. Meanwhile, reinforcements serve as one-time-use items that will activate during a match to give players bonuses like perks and score streaks.

While Supply Drops are new to the Call of Duty series, they seem to function a lot like the Battlepacks introduced in Battlefield 4. Battlepacks weren’t the first of their kind though either. Loot systems have become a great way to add in randomized elements to games, and their inclusion in first-person shooters is just getting started.

Call of Duty: Advanced Warfare will be released on November 4th for PS3, PS4, Xbox 360, Xbox One, and PC.